Streaming media devices are continuing to become more popular in U.S. households. But Apple is losing ground in the growing market. That’s according to new research from Park Associates first highlighted by CNET.

The market research company said that during the first nine months of 2014, 10 percent of households with a broadband connection purchased a streaming media player.

Roku’s line of players topped the market with 29 percent while Google’s low-cost Chromecast stick was second with 20 percent. Apple TV was relegated to third place with 17 percent of sales. Amazon’s new Fire TV was fourth with 10 percent of the market.

During 2013, Apple was firmly in second place with 26 percent of sales.

While Roku has been busy offering a number of updates to its line of players, Apple last updated its streaming media device with a very minor revision January 2013.

An updated Apple TV has been rumored for more than a year, but the most recent speculation says it will be sometime next year before any new hardware is announced.

In the meantime, Apple has been busy adding a number of channels to the Apple TV’s interface. Some recent newcomers include CBS News and FXNOW. 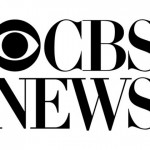 Apple TV adds two new channels to entertain and inspire, Feeln and FYI TV
Nothing found :(
Try something else