You are using an outdated browser. Please upgrade your browser to improve your experience.
All Things Apple Inc.
by Bryan M. Wolfe
January 29, 2015

Whether you’re a customer, employee, or stockholder, it’s a great time to be associated with Apple. In the same week that they opened the largest Apple retail store in Asia and announced record profits, Cupertino has something else to celebrate. They are now the No. 1 luxury gift provider in China, according to Reuters.

Overall, spending on gift-giving in China dropped 5 percent year over year. At the same time, an increasing number of shoppers are spending money overseas.

“Travel retail continues to change the dynamics of luxury in China, with 7 out of 10 luxury goods bought by Chinese now being bought overseas,” said Hurun Report Chairman Rupert Hoogewerf.

Apple’s appeal as a luxury gift provider is expected to increase even more later this year when the Apple Watch is released. The 18-karat Apple Watch Edition models, in particular, should do well in China.

The Apple Watch arrives in stores in April, according to Apple CEO Tim Cook.

On Tuesday, Apple reported revenue of $74.6 billion and a net profit of $18 billion during its first fiscal quarter of 2015. This makes it the best quarter ever for the company.

The Hurun report was based upon a survey of close to 400 millionaires with a personal wealth of 10 million yuan (U.S. $1.6 million). 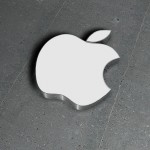 Apple has changed a lot in the past 8 years 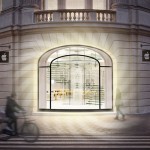 All eyes are on fashion, as Apple retail employees get a new look
Nothing found :(
Try something else