You are using an outdated browser. Please upgrade your browser to improve your experience.
All the Stores - App Store, iTunes, & Retail
by Aldrin Calimlim
January 24, 2015

As noted by 9to5Mac, the grand opening has been met with much fanfare, given that the new retail location is now Apple’s largest store not only in China but in the whole of Asia.

Apple promoted the event with a beautiful mural created by the renowned local calligrapher Wang Dongling, at which a behind-the-scenes look was provided by the company in the video below:

So high was the excitement for the grand opening that some fans even waited overnight outside the store. And the excitement peaked, of course, once the stores officially opened its doors, with customers and staffers alike joining the celebration.

Apple CEO Tim Cook himself shared a photo from the opening in a tweet alluding to the company’s current “Start Something New” ad campaign:

In China, which is its most significant market, Apple now operates the new West Lake store in Hangzhou along with four other stores in Shanghai, four more in Beijing, and one store each in Chengdu, Wuxi, Shenzhen, Zhengzhou, and Chongqing.

A week from now, Apple will officially open its second store in Chongqing, with three more stores set to be inaugurated by the company in China before the Chinese New Year on Feb. 19.

Cook said in October last year that 25 additional stores would be launched within the next two years in the country.

See also: Apple hires another Burberry employee as Apple Watch launch nears, Will Chinese authorities now have access to our Phones?, and Apple’s SEC filing reveals pay of top execs, retirement of Millard Drexler from board. 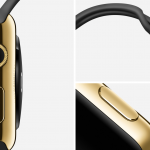 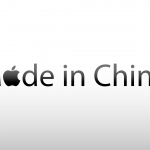 Will Chinese authorities now have access to our Phones?
Nothing found :(
Try something else