You are using an outdated browser. Please upgrade your browser to improve your experience.
All the Stores - App Store, iTunes, & Retail
by Aldrin Calimlim
January 20, 2015

Apple has just posted a note on its developer portal reminding developers about the 64-bit and iOS requirements that it’s set to impose on new iOS apps.

The company first announced the requirements in October last year, saying that starting Feb. 1, 2015, all new iOS apps submitted to the App Store must offer support for 64-bit architecture and be built using the iOS 8 SDK.

The same requirements were announced in December for app updates submitted to the App Store beginning June 1, 2015.

The 64-bit and iOS 8 requirements ensure that newly submitted apps and app updates are up to speed with Apple’s latest technologies.

Introduced by Apple to its iOS device lineup in September 2013, the powerful and efficient 64-bit architecture is supported on devices powered by the company’s A7, A8 or A8X chip: iPhone 5s, iPhone 6, iPhone 6 Plus, iPad Air, iPad Air 2, iPad mini 2, and iPad mini 3. Apple advises developers to use the default Xcode build setting of “Standard architectures” to enable 64-bit support as well as 32-bit support in their apps. 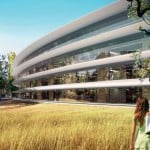 The first Apple Watch arrived 20 years ago
Nothing found :(
Try something else