Apple is set to implement pricing changes on its commercial software distribution platform in Canada, Russia, and certain countries in Europe.

According to a notification sent by the company to members of its iOS and Mac Developer Programs (via AppleInsider), within the next three days, prices on the iOS and Mac App Stores will increase in Canada, Norway, and all territories in the European Union (EU), will decrease in Iceland, and will “change” in Russia.

Apple notes that it’s applying the changes as it adapts to adjustments in value-added tax (VAT) and foreign exchange rates in the affected countries.

The announcement comes just a week after Apple begun imposing country-specific taxes, instead of levying the same tax, for App Store purchases in the EU, and increased the annual subscription cost of the iOS and Mac Developer Programs in some European countries.

As for the unspecified change that’s expected to be made on App Store prices in Russia, Apple’s guarded vagueness on the matter may be due to the extreme fluctuations in the ruble, which already forced Apple to increase the prices of products on its online store and apps on the App Store last month.

See also: Apple releases fourth developer beta of OS X Yosemite 10.10.2, If you can’t wait for the Apple Watch, try out this interactive demo, and Op-Ed: We don’t need another 4-inch iPhone. 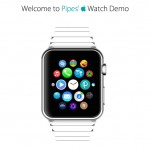 If you can’t wait for the Apple Watch, try out this interactive demo
Nothing found :(
Try something else