If keeping tabs on the construction of Apple’s Campus 2 is your thing, then feel free to feast your eyes on what may be the best aerial video of the so-called “spaceship” structure.

The video, which comes to us courtesy of YouTube user Myithz (via 9to5Mac), offers a three-minute drone’s eye view of Campus 2’s progress in glorious 4K30, shot as it was with a GoPro Hero 4 Black mounted on a Tarot 680Pro Hex. Check it out (preferably on a compatible 4K monitor or an iMac with Retina 5K display):

Apple’s Campus 2 was first unveiled through renderings in 2011 by the late Apple CEO and cofounder Steve Jobs, and granted final approval from the City of Cupertino, California, in November last year. 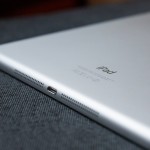 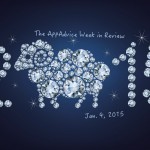 The AppAdvice week in review: Apple is ready to 'start something new'
Nothing found :(
Try something else