You are using an outdated browser. Please upgrade your browser to improve your experience.
Apple in the Court Room
by Aldrin Calimlim
January 15, 2015

The Swedish telecom technology provider Ericsson has responded to Apple’s lawsuit over its LTE patents by filing a complaint of its own against the California-based iPhone maker, Reuters reports.

Apple on Monday filed the suit, claiming that the patents in question are not essential to industry standards and that Ericsson is demanding exorbitant royalties for their licensing.

“We’ve always been willing to pay a fair price to secure the rights to standards essential patents covering technology in our products,” an Apple spokesperson said. “Unfortunately, we have not been able to agree with Ericsson on a fair rate for their patents so, as a last resort, we are asking the courts for help.”

Apple filed its suit in California.

As for Ericsson, it filed its complaint in Texas.

In its filing, the company said that Apple’s license to use its LTE technology on iPhones and iPads had expired.

With its complaint, Ericsson wishes the court to ascertain the fairness of its license offer to Apple.

“We have been trying to negotiate a new agreement,” Ericsson’s chief intellectual property officer, Kasim Alfalahi, said. “We came to the conclusion we needed the help of a third party.”

If the legal squabble goes in favor of Ericsson, Apple would be obliged to pay it royalties estimated by analysts to range from $250 million to $750 million. 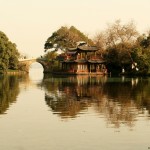