You are using an outdated browser. Please upgrade your browser to improve your experience.
Apple in the Court Room
by Aldrin Calimlim
January 14, 2015

Apple and three other large Silicon Valley companies have reached a new deal to end the anti-poaching class action lawsuit filed against them by employees, according to a new report by Reuters.

Lodged in 2011, the complaint accused Apple, Google, Intel, and Adobe of colluding to not poach one another’s employees, thereby preventing tech workers from securing higher salaries. It was based mainly on email correspondences among the late Apple cofounder and CEO Steve Jobs, former Google CEO Eric Schmidt, and other key people from rival companies.

Last year, U.S. District Judge Lucy Koh in San Jose, California, rejected a proposed $324.5 million settlement of the lawsuit for falling “below the range of reasonableness.”

This time, a new settlement has been reached by the companies involved with the plaintiffs. The amount is yet undisclosed, although it’s expected to be at least $380 million, in compliance with Koh’s previous ruling. UPDATE: Citing “a source close to the negotiations,” The New York Times reports that the companies are offering $415 million to settle the case.

The companies said in the brief court filing today that the new deal will be detailed by the plaintiffs in a forthcoming filing, which is expected to be reviewed by Koh for final approval.

In Depth: Tips and what to avoid when trading in your iPhone 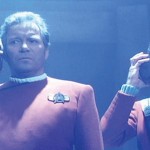 Google Translate for iOS to feature impressive new conversation and camera modes
Nothing found :(
Try something else