You are using an outdated browser. Please upgrade your browser to improve your experience.
Hardware Apps
by Brent Dirks
January 13, 2015

Even though CES 2015 is officially in the books, that doesn’t mean companies have stopped unveiling interesting new accessories for the iPad and iPhone.

Newcomer WayTools has just announced the TextBlade keyboard for iOS devices. And it definitely stands out from the crowd.

Here’s a quick video demo. Click here if you can’t see it.

The keyboard weighs 1.5 ounces and is touted as being 1/3 the size of an iPhone. It collapses into a small rectangle when not in use. And instead of using separate keys for each letter, the device uses eight so-called “ultra smart keys.” The battery pack for the unit doubles as the spacebar. 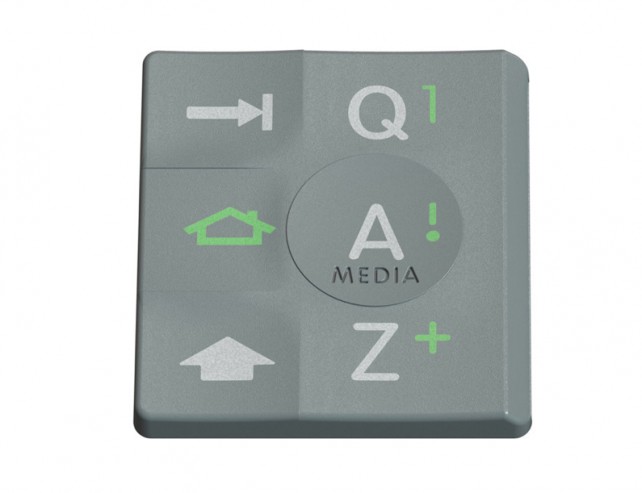 One of the eight “keys” on the TextBlade.

WayTools says special technology provides finger spacing equivalent to a full-sized keyboard. The battery can last for around a month before needing to be recharged.

The TextBlade can be preordered now from the WayTools site for $99.99. Along with the keyboard and battery itself, the company is including a stand for your tablet or phone and a magnetic charger that can juice up the space bar/battery.

Shipping is slated to start in February.

My iOS device keyboard of choice is still Logitech’s Keys-To-Go that I reviewed late last year. It weighs less than seven ounces and is thinner than the iPad Air 2.

We’ve reached out to WayTools and will hopefully have a review of the TextBlade soon. I’m curious to see if the device works as well as it sounds on paper.

For other recent accessory news and reviews, see: Twelve South’s BookBook cases for iPhone 6 and iPhone 6 Plus are impressive, This week in accessories: 6 of our favorites from CES 2015, and BodyGuardz brings MacBook-like functionality to the iPad Air with the Crux Monaco and Manhattan.

This week in accessories: 6 of our favorites from CES 2015 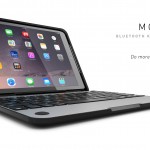 BodyGuardz brings MacBook-like functionality to the iPad Air with the Crux Monaco and Manhattan
Nothing found :(
Try something else