You are using an outdated browser. Please upgrade your browser to improve your experience.
That iThingy You're Wearing
by Brent Dirks
February 3, 2015

We might not have to wait much longer for iOS 8.2 to arrive. According to a new report from BGR, Apple is planning to release the software update sometime in March.

That’s a bit surprising because the major new feature of the software is support for the Apple Watch. And last week, Apple CEO Tim Cook confirmed that the new wearable device will ship a month later in April.

But since we only have those broad dates, there could be just a few weeks – at most – between the introduction of the software and hardware.

The software will also bring a number of other improvements and bug fixes. I’m hopeful it will make my iPhone 6 Plus a little more stable. And I know I’m not the only one.

Just yesterday, Apple released the fifth beta version of iOS 8.2 to registered developers. Included with it was the latest version of the WatchKit software in Xcode 6.2 beta 5.

And according to the BGR report, high-profile developers have already been asked by Apple to submit their Apple Watch apps for testing. More than likely, that means Apple is already planning its special media event to unveil more information about the watch.

For other news today, see: This could be the best non-holiday quarter on record for Apple’s iPhone, Fragment photo-editing app updated with new effects and custom shape support, and Should you pull the plug on iPhoto for Mac? 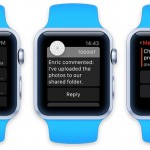 See how popular app Todoist will look on the Apple Watch 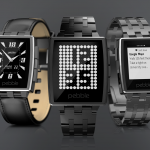 Facing some big competition from the Apple Watch, Pebble is planning both new hardware and software
Nothing found :(
Try something else