You are using an outdated browser. Please upgrade your browser to improve your experience.
iStores
by Brent Dirks
February 24, 2015

Navigating the Genius Bar at your local Apple Store will soon get a little easier. A new report from 9to5Mac is detailing a new initiative named “The New Concierge.”

Instead of scheduling a simple appointment, special iPad software will determine the wait time based on priority. According to the site, someone seeking help with a minor iCloud issue will be placed lower on the priority list compared to a customer needing an iPhone screen replacement.

Multiple Apple employees have called the new feature one of the most significant changes to Apple Store operations in several years, as it allows customers to request support on the spot, shop elsewhere inside of the mall, and then return when the store is ready to service them. This will likely reduce crowding in the Apple Store and possibly fatigue from waiting customers. Apple Stores will operate essentially like restaurants that provide diners with pagers and wait times instead of holding empty tables while people are waiting. However, with the SMS-based system, realtime feedback and interactivity will be provided without the need for additional hardware.

I’m glad to see the new appointment system at Apple Stores. The Genius Bar is easily one of the most popular spots at my local store, and hopefully this will help thin out the crowds and make the experience better for both customers and employees.

This is far from the only change Apple Stores will be undergoing in the next few months. With the introduction of the Apple Watch, which is scheduled to arrive sometime in April, the stores will become a little more like high-end jewelry shops. Special safes will be installed at stores to hold the expensive Apple Watch Edition model that features an 18-karat gold case.

Ahrendts, former CEO of Burberry, is also leading a charge to revamp Apple Stores to better accommodate the Apple Watch and showcase the number of case and strap options.

For other recent news today, see: Remembering Steve Jobs on what would have been his 60th birthday, The Pebble Time smart watch launches on Kickstarter, and Apple’s iOS 8.3 is packed full of goodies, even for those on an older iOS device. 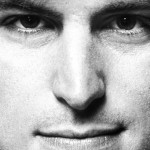 Remembering Steve Jobs on what would have been his 60th birthday
Nothing found :(
Try something else