You are using an outdated browser. Please upgrade your browser to improve your experience.
iStores
by Brent Dirks
March 16, 2015

Apple has come up with another way to increase iPhone sales at Apple Stores. According to a new report from 9to5Mac, an upcoming trade-in program will accept Android and other non-Apple smartphones.

After an Apple Store employee determines the trade-in value of the device dependent on type of phone and condition of the handset, buyers will receive gift cards to purchase an iPhone.

The new program will begin in the coming weeks, following extensive training programs for retail store employees that will begin later this week. Apple employees will be able to transfer address book contacts from the rival smartphones to the iPhones, but other data will have to be moved by customers.

Apple’s current Reuse and Recycle program only allows buyers to trade-in older iPhones to purchase a new device. It originally launched in the United States in 2013 and has expanded to other countries like the United Kingdom, Canada, Germany, and Italy.

While buyers can usually find better trade-in values for their smartphones from online outlets like Gazelle or NextWorth, Apple is bound to snag a huge amount of switchers with the upcoming program.

And this program seems to be another step in Apple’s plan to heavily court new iPhone users. Shortly before the iPhone 6 and iPhone 6 were introduced in September, Apple posted a detailed guide detailing how Android users can move their information over to an iPhone.

For other news today, see: Apple seeds a fourth beta version of Mac OS X 10.10.3 to developers and the public testing program, Pay attention to the patterns and make matches in Dotello, a new puzzle game from Bulkypix, and Apple’s Eddy Cue criticizes the new documentary ‘Steve Jobs: The Man in the Machine.’ 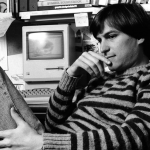 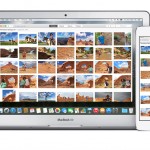 Apple seeds a fourth beta version of Mac OS X 10.10.3 to developers and the public testing program
Nothing found :(
Try something else