You are using an outdated browser. Please upgrade your browser to improve your experience.
Connected Theater
by Brent Dirks
March 20, 2015

Fans of the hugely popular HBO show “Game of Thrones” will be able to experience all of the the red carpet action during the show’s Season 5 Premiere event on Monday, March 23.

Dozens of cast members will celebrate at the San Francisco Opera House. But fans will be able to participate in the festivities live through Facebook here. From 9-10 p.m. EST, fans can submit questions to the cast that will be answered live from the red carpet.

And as a special treat, after the event, Facebook users will be able to view a new behind-the-scenes video with footage from the new season.

As you probably remember, during the special Apple Watch event earlier this month, HBO announced that its new HBO Now streaming video service will arrive sometime next month.

Exclusively launching on the Apple TV, subscribers will be charged $14.99 per month to receive programming from the channel. Users who sign-up on their Apple TV, iPad, or iPhone will receive the first month free.

For other news today, see: Build, defend, and conquer in Hero Sky: Epic Guild Wars, available now, Apple is removing anti-virus apps from the App Store, and Take your photos from the Camera Roll to wooden prints with Woodpost. 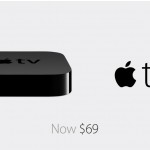 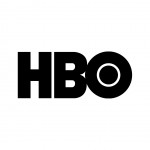 Report: HBO's standalone streaming service should launch in April with Apple TV as a launch partner
Nothing found :(
Try something else