You are using an outdated browser. Please upgrade your browser to improve your experience.
That iThingy You're Wearing
by Brent Dirks
March 4, 2015

With the Apple Watch scheduled to hit the market sometime next month, an interesting new site is letting users mix and match the different band and case options for the wearable device.

Have you ever wondered what a gold case would look like with a green sport band? Now with just a few clicks on mixyourwatch.com, you can.

While Apple obviously won’t allow some of the combinations, it is fun to play around with the different options. 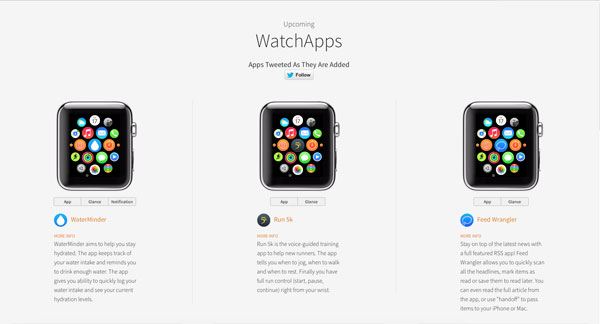 Some of the new apps featured on WatchAware.com

And if you’re interested in learning more about Apple Watch apps, our sister site launched its new WatchApps page.

In the exclusive section, you can interact and see how a number of apps will work with the wearable device. Some of the demos include Run 5K, Twitter, Todoist, Feed Wrangler, and more.

The site will be updated often with more apps previews. Definitely take a look.

Apple has scheduled a special media event next Monday, March 9 to announce more information about the watch. Pricing will start at $349 for the low-end Sport model. Users will need an iPhone 5 or higher to use in conjunction with the wearable.

For other recent Apple Watch news, see: Apple Watch receives award before it even launches, What to expect at Apple’s ‘Spring Forward’ event on March 9, and A new video shows off the temporary building being constructed for the Apple Watch event next week. 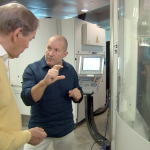 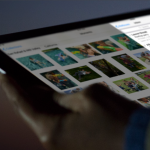