You are using an outdated browser. Please upgrade your browser to improve your experience.
That iThingy You're Wearing
by Brent Dirks
March 3, 2015

With the “Spring Forward” event scheduled for next week on Monday, March 9, Apple is busy constructing a temporary building next to the Yerba Buena Center for the Arts in San Francisco.

And new aerial footage from AppleInsider shows that workers are still assembling the structure. Here’s the aerial view of the site. Click here if you can’t see it.

The building, more than likely, will be used as an area to showcase and offer a hands-on demonstration of the Apple Watch. Apple constructed a similar building for the same purpose during the original unveiling of the device back in September. 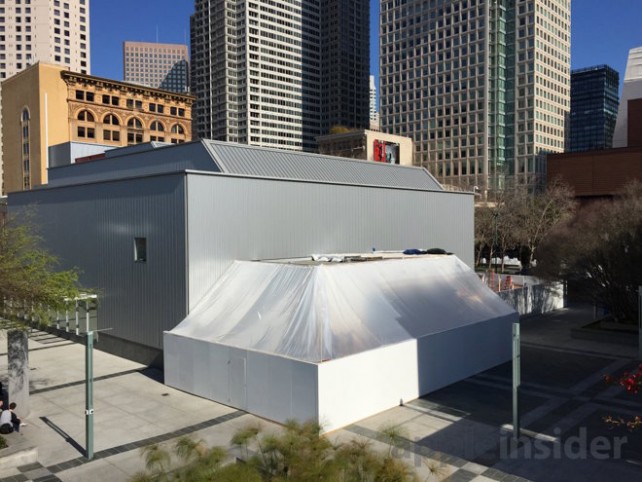 Apple has scheduled the event to begin at 10 a.m. PDT on Monday. A live stream of the event will also be available on Apple’s site.

Pricing is slated to start at $349 for the low-end Apple Watch Sport. A mid-range Apple Watch version will offer a stainless steel case and a sapphire display cover. The high-end Apple Watch Edition is highlighted by an 18-karat gold case.

Users will need an iPhone 5 or higher to use in conjunction with the device.

Along with more information about price and other features, Apple is widely expected to announce exactly when the device will hit the market. CEO Tim Cook previously said it would arrive some time in April. 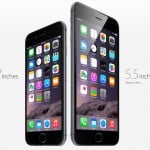 Thanks to the iPhone 6, Apple led worldwide smartphone sales in the fourth quarter of 2014

Google could lose billions if Apple doesn't renew its iOS search deal
Nothing found :(
Try something else