You are using an outdated browser. Please upgrade your browser to improve your experience.
That iThingy You're Wearing
by Brent Dirks
March 6, 2015

Just days before the special Apple Watch media event on Monday, a new report from 9to5Mac is offering some new information about the wearable device.

Most importantly, the watch’s battery life has been improved and will now last a full day of “mixed” used. Here’s more from the site:

Sources who have handled the Apple Watch tell us that Apple has improved the device’s battery life, noting that the final Apple Watch should be able to handle 5 hours of fairly heavy application usage, and it and won’t run out of battery during a typical day of mixed active and passive use. However, the source says that the device will still need to be charged nightly, as it will definitely not last through a second full day.

The report also offers more about the previously rumored Power Reserve mode, saying the feature can be activated even when the watch’s battery is at 100 percent. That is definitely great news.

Prototype watches have sported 8GB of storage, so that means there is a good chance that the final product will be able to store a nice amount of music on the device. Music lovers will also be able to stream their songs from the watch, via Bluetooth, to speakers or headphones.

The entire report is definitely worth a read and has more information about the Apple Watch’s screen, an unannounced Heart Rate Glance, the Force Touch technology, and more.

Apple is expected to reveal much more about the watch starting at 10 a.m. PDT on Monday, March 9. And I think we’re in for a number of other pleasant surprises. Stay tuned to AppAdvice as well be offering all of the latest news from the event.

Pricing will start at $349 for the low-end Sport model. Users will need an iPhone 5 or higher to use in conjunction with the wearable.

Back in January, Apple CEO Tim Cook said the watch will hit the market sometime in April. We should receive a firm release date during the event.

For other recent Apple Watch news, see: How Apple Watch apps are being written before the smartwatch is released, Apple could allow personalized engraving on the Apple Watch, and Mix and match Apple Watch bands and cases with this interesting new site. 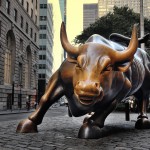 How Apple Watch apps are being written before the smartwatch is released
Nothing found :(
Try something else