You are using an outdated browser. Please upgrade your browser to improve your experience.
The Pocket Theatre
by Brent Dirks
March 4, 2015

HBO’s long-awaited standalone streaming service should launch sometime next month. That’s according to a new report from the International Business Times.

And HBO is talking with Apple to make the Apple TV a launch partner for the HBO Now service.

The site says that HBO Now will be available to purchase for $15 per month. That’s around double what Netflix charges, but is in line of what TV subscribers pay to their cable provider for the premium channel.

And as most “Game of Thrones” fans can tell you, the fifth season of the hugely popular drama will launch next month as well. Here’s more from the report:

While HBO has not confirmed a launch date for HBO Now, internally the target is an April launch, in time for the April 12 debut of “Game of Thrones.” That’s an aggressive timeframe for Major League Baseball Advanced Media, which is building the back-end along with a new front-end separate from HBO Go. HBO is taking care not to launch HBO Now before it can guarantee that the service will work without some of the technical glitches that plagued HBO Go during last fall’s debut of “Game of Thrones.”

For other news today, see: Pebble Watch CEO says Apple Watch is ‘lacking,’ A new report says the ‘iPhone 6s’ will sport 2GB of RAM and possibly an Apple SIM, and Sometimes smaller is better: iPhone 6 Plus crushes tablet sales. 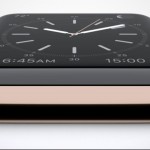 Is the Apple Watch the next iPhone or Apple Pippen?
Nothing found :(
Try something else