You are using an outdated browser. Please upgrade your browser to improve your experience.
iDevices
by Brent Dirks
March 30, 2015

New images of the purported “iPad Pro,” scheduled to hit the market some time later this year, point to the device offering dual Lightning ports.

The images were first posted on the Chinese social network Sina Weibo and spotted by HDBlog, an Italian technology site. 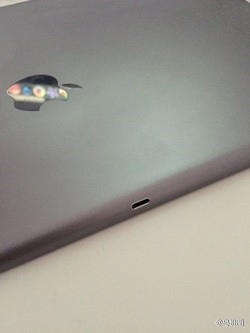 This image apparently show a Lightning connector on the side of the device.

Easily the most interesting of the leaked photos shows a Lightning port on the side of the device. All previous iPads only offer one docking/charging port on the bottom of the device. But the idea of dual ports isn’t out of the realm of possibilities – at least one prototype of the original iPad featured a connector in landscape and portrait orientation.

The two other images show a speaker opening/headphone jack along with the top side of the device and its camera sensor and volume buttons.

Even though HDBlog speculates that the side connector could be a USB-C port first introduced with the new MacBook, it looks much more like just another Lightning port.

Along with a larger, 12.9-inch screen, the device is expected to offer stereo speakers and possibly even an optional stylus accessory. The “iPad Pro” has also been rumored to run an A8X or A9 chip and feature 2GB of RAM.

While the new MacBook definitely sounds tempting, I’ll continue to save my cash for an “iPad Pro.” If Apple can finally add some type of true multitasking capability to iOS, the device might finally help jump start declining tablet sales.

For other news today, see: Updated 1Password boasts massive speed increase and redesigned app extension, Twitter sharing is gone in the latest iOS beta, and Is this our first glimpse of the ‘iPhone 6c’ rear shell? 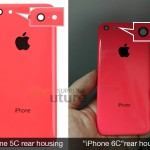 Is this our first glimpse of the 'iPhone 6c' rear shell?