You are using an outdated browser. Please upgrade your browser to improve your experience.
Connected Theater
by Joe White
April 10, 2015

The collection indeed features all six films from the “Star Wars” series – of course, that’s the original episodes four, five, and six, as well as the newer prequel films, episodes one, two, and three. Plus, each movie bears an “iTunes Extra” badge, and offers a whole load of extra digital content for “Star Wars” fans to consume. Earlier this week, we talked our readers through some of the new features which are launching as part of the new “digital collection” of films.

Significantly, the price for “Star Wars: The Digital Movie Collection” on the iTunes Store is listed as $89.99, which is less expensive than the price we’d originally heard the collection would retail for (that is, $119.99). This $89.99 price tag sees Apple match the price of the collection on both Amazon and the Google Play store, though as my colleague Bryan explained recently, the collection is nevertheless “an expensive proposition.” A “Star Wars” fan, Apple TV owner, and iOS user, Bryan wrote:

Besides wondering what took so long, consider this: each digital film will cost $19.99 to buy.

Look, as a Star Wars fan, I’m as happy as anyone that the films are finally going to be available to stream on my mobile devices. However, $19.99 per film seems like a lot to pay for each part in a film franchise that started in 1977.

Of course, the release of the digital collection comes some months before a new instalment in the “Star Wars” series, “Star Wars: The Force Awakens,” is due to reach theaters. This picture, directed by J.J. Abrams, is slated for a Dec. 18, 2015 release, and the first trailer for the film made its worldwide debut on Apple’s iTunes Movie Trailers iOS app back in November last year.

Though I’m excited for the new film, I sure won’t be coughing up $89.99 for the new “Star Wars” collection; I’m happy with the copies of the movies which I already own, and besides that, there’s an Apple Watch to pay for this month – I don’t think my wallet could handle the strain of both purchases!

As mentioned, “Star Wars: The Digital Movie Collection” is available to purchase for $89.99 on the iTunes Store.

See also: Apple Watch shipping dates already listed as ‘June’ for many models, Zen Studios’ CastleStorm: Free to Siege gets a killer PVP multiplayer mode, and Apple Watch preordering finally begins in the US, 8 other nations. 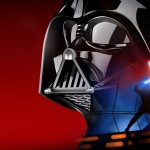 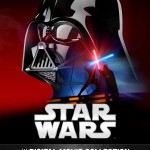 For the first time, the entire 'Star Wars' series will be available in HD on iTunes
Nothing found :(
Try something else