You are using an outdated browser. Please upgrade your browser to improve your experience.
Apple's Software
by Brent Dirks
April 9, 2015

Apple has just released iTunes 12.1.2 offering better support for the new Photos for Mac app in OS X Yosemite 10.10.3. The software can be downloaded now from the Mac App Store or Apple’s site.

Here are the complete release notes:

This update improves support for syncing photos to your iPhone, iPad, and iPod touch from the new Photos app for OS X. In addition, this update also adds several refinements to the Get Info window and improves overall stability.

Unveiled yesterday, the new Photos app replaced iPhoto for consumers and the professional-oriented Aperture. Very similar to the iOS Photos app, it’s a big step up for Mac users. My colleague Bryan M. Wolfe authored a comprehensive look at the app after it was first introduced in February for a beta testing period.

And if you haven’t already, OS X Yosemite 10.10.3 can also be downloaded now from the Mac App Store for free. I’ve been using the Photos app for a few hours and have really enjoyed it. It’s light years ahead of the clunky and outdated iPhoto.

For other news today, see: Touch ID for App Store is broken in iOS 8.3, Apple confirms that for the Watch’s initial launch period, orders are ‘exclusively online,’ and It’s almost time: Here are Apple Watch preorder times for all 9 launch countries. 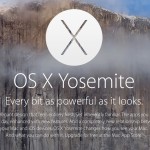