You are using an outdated browser. Please upgrade your browser to improve your experience.
The World Around You
by Joe White
April 6, 2015

In a further bid to improve its iOS Maps app, Apple has added support for hotel reviews from a couple of new sources to the built-in application.

Though Yelp has traditionally been Apple's go-to service for integrating user-genererated reviews for points of interest into its Maps app, hotel reviews in the application are now also sourced from two further websites: TripAdvisor and Booking.com. As before, users can access reviews for hotels using the app's drop pin-style interface; here, the Maps app will display a star rating for the hotel alongside the source for its rating, which may now be either TripAdvisor or Booking.com, as well as Yelp.

It is currently unclear what the criteria are for determining whether a given hotel listing includes reviews from Yelp, TripAdvisor, or Booking.com, but based on a spot check of several cities, the vast majority of hotel listings in the United States continue to display Yelp reviews.

It seems that overseas, however, Booking.com is appearing as a more common source for hotel reviews (as you can see in the above image).

Since the Maps app rather controversially first launched on iOS, Apple has been pushing hard to add new features, support for further locations, and enhanced functionality to the application. Back in December, for instance, Cupertino brought Maps app flyover support to several additional locations in Europe, and before this, we heard that Apple was aiming to improve the crowdsourcing features of the application.

Personally, I use Apple's Maps app all the time, and I feel that Apple's done a great job improving the application and its various services. Navigation, for example, works really well, and I love having support for Siri integrated within the Maps app. I imagine, too, that once Apple's Watch launches I'll be using the application even more.

For now, users can check out the recently added TripAdvisor and Booking.com hotel reviews inside the Maps app on their iOS device. 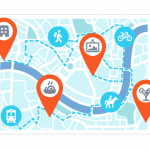 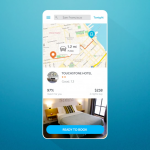 Booking.com wants you to book hotels right now with its updated iOS app
Nothing found :(
Try something else