As reported by iGen (via MacRumors), Apple has added Flyover support for several locations in Europe, including: Dijon and Strasbourg, France; Turin, Italy (pictured); Rotterdam, Netherlands; and Malmö, Sweden.

Powered by the 3-D mapping technology acquired by Apple with the company’s purchase of C3 in 2011, Flyover allows Maps users to, well, “fly over” supported cities and their landmarks with photorealistic interactive 3-D views that can be zoomed, panned, and rotated.

At the same time, Apple expanded movie showtime listing access via its Siri personal assistant software to provide screening times in Australia, France, Germany, Italy, Mexico, and Spain, in addition to the U.S., Canada, and the U.K. 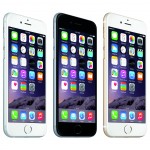 There's no doubt about it, Apple iPhone sales have been going through the roof 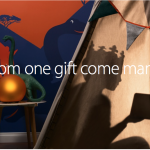 Deadline looms for holiday purchases made at Apple
Nothing found :(
Try something else