You are using an outdated browser. Please upgrade your browser to improve your experience.
That iThingy You're Wearing
by Jeff Byrnes
April 14, 2015

Apple Watch sales have been soaring, and it’s almost certain that many of these new owners will want to protect their investment. We are starting to see accessories launch for Apple’s latest product, from watch band adapters and power straps to protective cases. Accessory manufacturer Lunatik has recently announced its own case for the Apple Watch, the Epik. 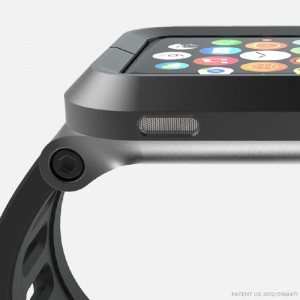 The Epik Apple Watch kit provides rugged protection for the wearable, with a band and a case that will be available in either aircraft-grade aluminum or reinforced polycarbonate versions. For now, the Epik is only being developed for the 42mm Apple Watch, and there is no news on when a 38mm kit will come out. Access to the digital crown, button, recharging system, and heart-rate monitor are all preserved, and the case includes hydrophobic vents to provide an extra layer of dust and water ingress protection. The case will also be compatible with LunaTik’s original TikTok iPod nano watch straps. 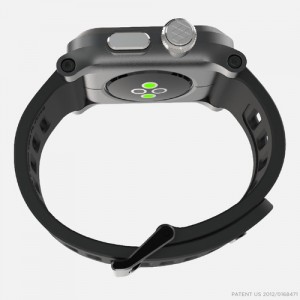 This protection comes at the expense of the smartwatch’s aesthetics, unfortunately. Just like the Otterbox Defender masks the sleek appearance of the iPhone, the Lunatik Epik hides your beautiful Apple Watch in plastic or aluminum.

Preorders for Apple Watch began on April 10, with expected delivery of the first batch of smartwatches on April 24. Some customers, of course, have seen much later estimated delivery dates, but Apple recently acknowledged it is working diligently to speed up those shipments.

Now you can use myMail on your Apple Watch

Apple Watch deliveries could be faster than estimated
Nothing found :(
Try something else