You are using an outdated browser. Please upgrade your browser to improve your experience.
Digital Communicator
by Joe White
April 8, 2015

The popular iTranslate Voice, a smart, voice recognition-based translation app for the iPhone, iPad, and iPod touch, has made it easier than ever for users of the application to translate the same phrase over and over thanks to a useful, new feature.

Called “Phrasebook,” the feature is available to access as of iTranslate Voice’s most recent update (version 3.0). Using Phrasebook, users of the app can literally save their commonly used phrases into iTranslate Voice for easier future translation. Importantly, since Phrasebook phrases are saved in users’ first language, quick translations into a range of foreign languages can be made in an instant inside the app.

For example, I might add “Can you tell me where the nearest Apple Store is, please?,” into iTranslate Voice’s Phrasebook, and with a couple of taps the app can quickly translate this question into any language currently supported by the software. Smart, right? Here’s how developer Sonico describes the new feature in the app’s release notes:

With Phrasebook you finally have a way to save frequently used phrases, sentences or questions. Imagine you are a doctor and need to ask patients with different native languages the same 5 questions over and over again. Or you travel to many different countries and want to have a list of the 10 most important phrases always at hand?

With Phrasebook you can now save those phrases and instantly translate them into whatever language we currently offer.

Usefully, the app also syncs your Phrasebook using iCloud, meaning added phrases will be available to access on all of your iOS devices.

If you’ve yet to take iTranslate Voice for a spin, the app is definitely worth checking out. In it, users can speak words, sentences, and even phrases using their first language, and have the application translate and even read out the translation. So far, a grand total of 42 different languages are supported by the app, with more being added on a rolling basis through regular app updates.

The “no typing” nature of iTranslate Voice means it’s one of the quickest translation apps available on iOS. It’s also one of the easiest to use, too. 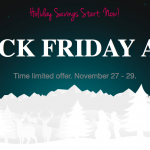 Get Star Walk, TextExpander and more for less during the Black Friday Apps sale
Nothing found :(
Try something else