You are using an outdated browser. Please upgrade your browser to improve your experience.
The People Behind Apple
by Joe White
May 30, 2015

Apple CEO Tim Cook has, according to a filing with the Securities and Exchange Comission (SEC), donated 50,000 Apple shares worth around $6.5 million to an unspecified charity.

The news, which reached us from 9to5mac, sees Cook continue his philanthropic efforts. Priced at around $130 per share, the 50,000 share donation indeed equates to the huge sum of $6.5 million, though the recipient of this most recent donation hasn’t been publicly disclosed. Cook’s last personal donation was to Human Rights Campaign’s Project One America in December last year, and at the time, HRC president Chad Griffin wrote:

When Tim first learned about HRC’s Project One America – our bold, comprehensive campaign to dramatically advance equality for LGBT Americans in Alabama, Arkansas and Mississippi – he said, “I’m in.” Thanks to his generous personal financial investment in the program, together we will move the needle forward at the local and state level, tearing down misperceptions and providing concrete protections for those who need it most.

Cook has campaigned for equality in the workplace since publicly coming out as gay in October last year. As a result of his tireless efforts, The Finantial Times named Tim Cook its Person of the Year for 2014, praising the CEO’s “eloquent defense of equality.”

Tim Cook was also named Fortune’s number one leader for 2015 a few months ago, and the article again praised his philanthropic efforts. Of course, Cook has also had the difficult task of following former CEO Steve Jobs as chief executive of Apple; during this time, he’s overseen the launch of a brand new product category for the company (the Apple Watch) as well as managing the release of new iPhones, iPads, and Macs.

See also: This week in accessories: Amazing Case for the iPhone 6 from PureGear and more, The Grunge filter returns in a new update of Google’s Snapseed photo editing app, and Jay Z’s Tidal streaming music service may be running into some rough waters. 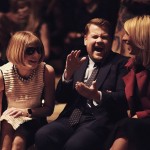 Op-Ed: With Apple Watch, being a celebrity counts
Nothing found :(
Try something else