You are using an outdated browser. Please upgrade your browser to improve your experience.
That iThingy You're Wearing
by Brent Dirks
May 13, 2015

While any data stored on your Apple Watch can be protected from thieves, the same can’t be said for the actual device itself.

As first pointed out by iDownloadBlog, there’s nothing preventing a thief from stealing your Apple Watch, wiping the device, and then pairing it with another iPhone. That’s true even if the watch is protected by a passcode.

And with the Apple Watch Edition, and its 18-karat gold case, costing as much as $17,000, that makes it a pretty nice target for thieves since it can easily be resold on the black market.

Apple helped to mitigate the theft problem plaguing iOS devices by introducing Activation Lock starting with iOS 7. If an iPad or iPhone is ever stolen, thieves will likely try to wipe the device of any identifying data from the real owner. But to do that, they’ll have to first disable the Find my iPhone feature. That can only be done by entering the last Apple ID and password associated with the device.

Adding in that step has greatly reduced iOS device theft as it makes iPads and iPhones nearly impossible to resell.

Fortunately, if you activate the passcode feature on the watch, any information on the device is safe. Hopefully, Apple will introduce some type of Activation Lock for the watch in the future. In the meantime, be careful if you’re walking around with an expensive Apple Watch Edition.

For other recent Apple Watch news, see: The wait for several delayed Apple Watch models is almost over, Use your Apple Watch and the updated iDevices Connected app to keep track of what’s cooking, and Apple Watch resellers on eBay and Craigslist are making some tidy profits. 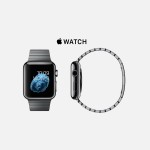 The wait for several delayed Apple Watch models is almost over 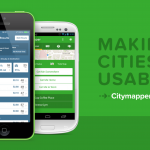