You are using an outdated browser. Please upgrade your browser to improve your experience.
Apple's Software
by Brent Dirks
June 9, 2015

Apple has just seeded the fourth beta version of iOS 8.4 to registered developers and members of the public beta testing program. It can be downloaded now over-the-air.

We’ll let you know if we find any major changes in this version of the software.

One of the highlights in iOS 8.4 is the revamped Music app. After the first beta version of the software was released back in April, our own Bryan M. Wolfe offered a comprehensive writeup of all the changes.

During Monday’s WWDC keynote, Apple officially announced that the software will arrive to the general public later this month on Tuesday, June 30. When it does arrive, the software will offer the new Apple Music streaming service.

Users receive a free, three-month trial. But after that, it will cost users $9.99 per month or $14.99 for a family plan for up to six users. While the streaming music catalog will require a subscription, the new Connect feature and Beats 1 Radio will be free for all users.

Apple also released the fifth beta version of OS X Yosemite 10.10.4 to developers and members of the public beta program. 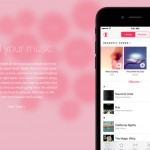 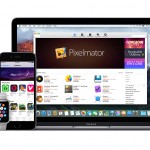 Apple streamlines the iOS, OS X, and WatchOS developer programs
Nothing found :(
Try something else