You are using an outdated browser. Please upgrade your browser to improve your experience.
Apple's Software
by Brent Dirks
July 27, 2015

Just like Siri, Apple’s native Maps app is getting even smarter in iOS 9.

First spotted by AppleInsider, a Reddit user recently noticed an interesting message on his lock screen when he got in his car after work. On his iOS 9 device, it automatically showed directions home and how long it would take to get there. 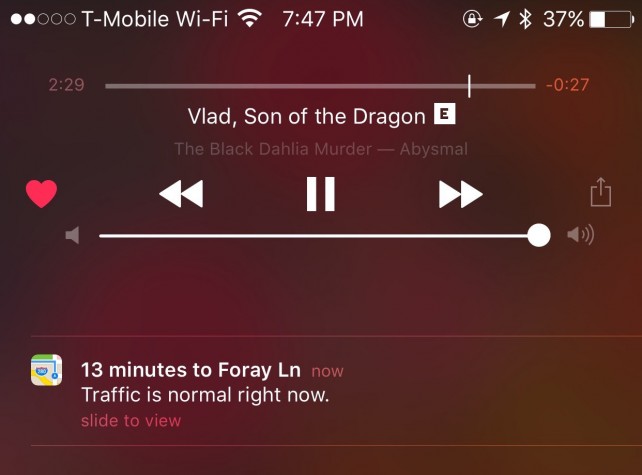 Other Reddit users with iOS 9 confirmed that they’ve also seen the automatic notification. It also syncs directly to the Maps app on an Apple Watch as well.

Using iOS 9, an iPhone can determine when you’re in a vehicle if it connects to an on-board entertainment system using Bluetooth or a USB connection.

That specific functionality is part of Apple’s push to create a Google Now-like feature in iOS 9. Another example, according to Apple, is if you read news in the morning, the News app will appear in the search screen at the time you usually wake up.

Unlike Google’s feature, though, Apple’s functionality remains completely anonymous and all information remains on the device itself.

Last week, Apple seeded the fourth beta version of the software to developers and unveiled the second beta for members of the public testing program. It’s well on track to arrive this fall, sometime before the next-generation iPhone hits the market.

Along with iOS 9, WatchOS 2.0 and OS X El Capitan are undergoing beta testing. Both of those pieces of software should also land during the same timeframe.

For other news today, see: Help solve your dilemmas with Insight – Story Therapy, Create stunning wallpapers with impressive views in Topia, and Jump back to the arcade with Qbert Rebooted. 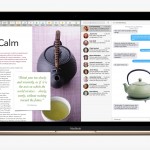