You are using an outdated browser. Please upgrade your browser to improve your experience.
Music
by Aldrin Calimlim
July 10, 2015

It appears that Apple is so intent on helping Apple Music Connect gain traction that it has removed the option for disabling the feature in iOS 9.

As discovered by AppAdvice, the setting for disconnecting from the social networking component of Apple’s recently launched music streaming service is notably absent in iOS 9 beta 3, the latest developer beta of the upcoming new major version of Apple’s mobile operating system.

In contrast, iOS 8.4, the current official release of the operating system, offers the said option for users who want nothing to do with Connect, which is built into Apple Music to allow artists to “connect” with their fans. 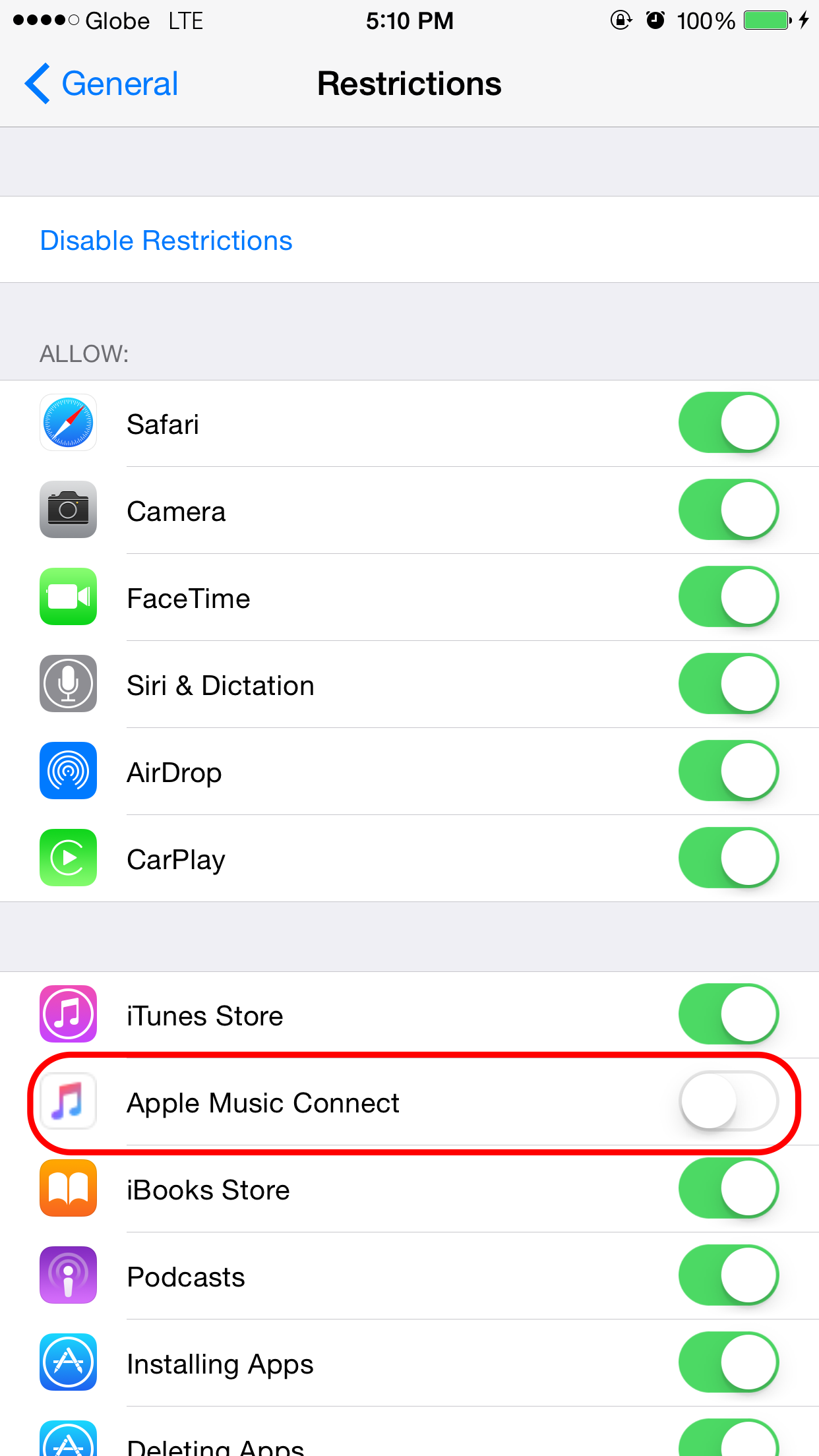 You can turn off Apple Music Connect in iOS 8.4.

How to disconnect from Apple Music Connect in iOS 8

Apple Music was officially launched with the release of iOS 8.4 just over a week ago. The software update introduced a redesigned Music app that supports the service, including Apple Music’s core on-demand streaming service, the curated Internet radio station Beats 1, and the music-oriented blog platform Connect.

But as we previously noted, there’s a way to disable Connect and remove the Connect tab in the Music app in iOS 8.4. Here’s how:

Voila! When you reopen the Music app, the tab for Connect is now labeled Playlists as it now contains both your playlists and playlists from Apple Music instead of content from Connect. Note that Playlists is accessible within the My Music tab when Connect is enabled. 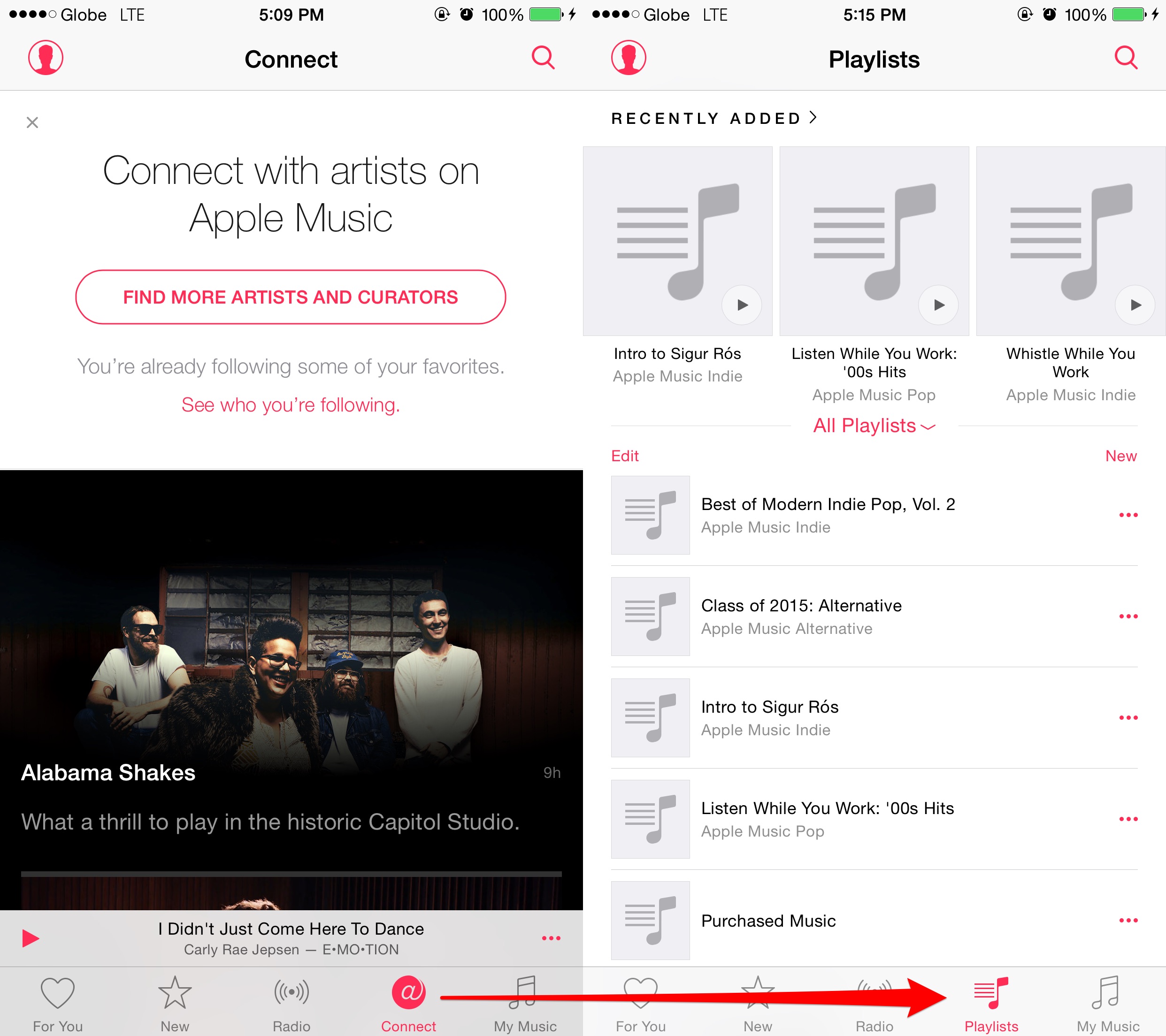 Apple Music Connect can be replaced with Playlists.

The third and latest developer beta of iOS 9 was released a couple of days ago, thereby giving developers access to Apple Music in addition to introducing several other notable features. But as mentioned, the beta doesn’t include the ability to turn off Connect, hinting that the option may be short-lived and will likely not appear in the official release of iOS 9. 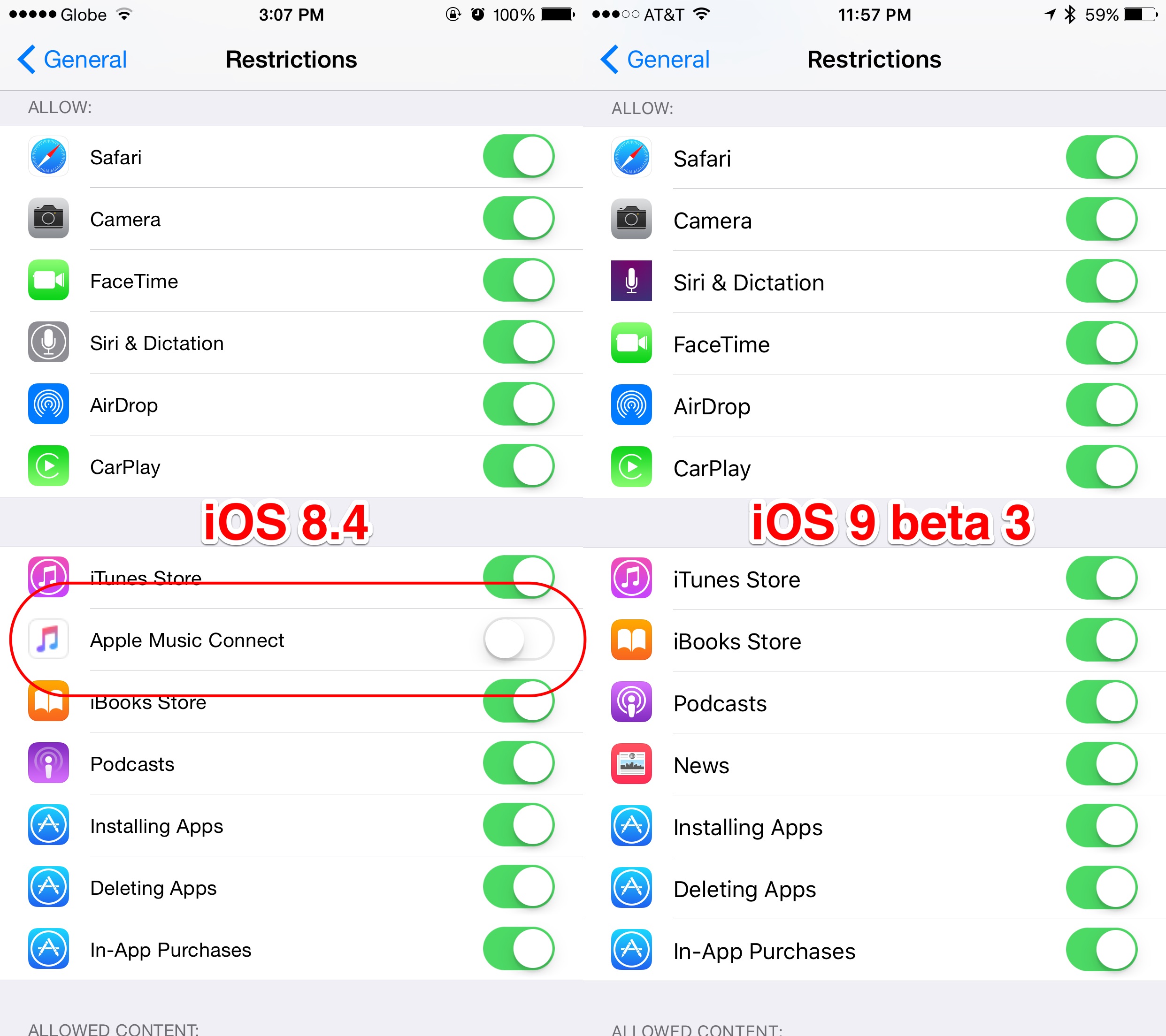 The option for disabling Apple Music Connect is gone in iOS 9 beta 3.

Perhaps Apple has realized that by removing the restriction and making Connect’s presence in the Music app mandatory rather than optional, Connect would have a better chance of gaining popularity and acceptance among users — including those who, like me, are not so keen on using the feature as it stands. Perhaps Apple is just trying to stop something like the failure that was Ping from happening again. 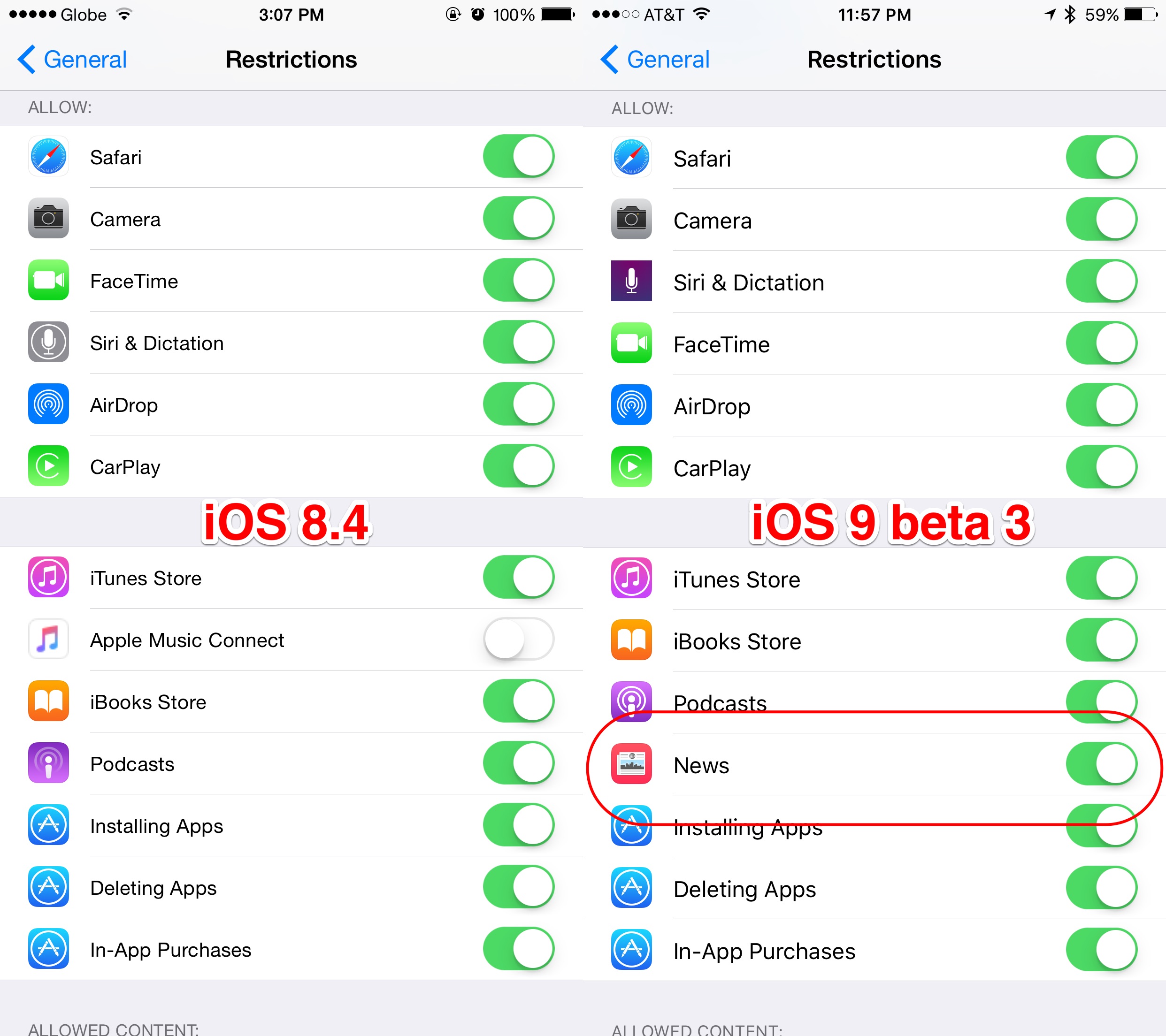 A new option for disabling News can be found in iOS 9 beta 3.

If, unlike me, you’re not a news junkie and you can’t be bothered to read the news even if you can personalize its display based on your interests, you can disable News in the Restrictions section of the Settings app. Consequently, the News app disappears from your device and is rendered inaccessible until you re-enable it.

The restriction for News works in the same way as the restrictions for Safari, Camera, FaceTime, iTunes Store, and Podcasts do, i.e., they also disappear when their respective switches are turned off in the Restrictions screen. Here’s hoping Apple is planning to include similar restrictions for its other preinstalled iOS apps, particularly for users who prefer a third-party weather app, don’t care about stocks, or don’t own an Apple Watch. 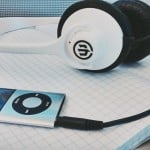 Could it be that an iPod refresh is coming soon? 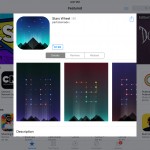 Did Apple really just feature a swastika in the App Store’s Best New Games?
Nothing found :(
Try something else