You are using an outdated browser. Please upgrade your browser to improve your experience.
Apple's Software
by Brent Dirks
August 13, 2015

Apple has just released iOS 8.4.1 to the general public. The minor software update can be downloaded now over-the-air or through iTunes.

According to the release notes, the software offers improvements and fixes for Apple Music, which was launched with iOS 8.4 in late June.

This will be the final update to iOS 8. Currently in beta testing, iOS 9 will arrive to users some time early this fall along with the next-generation iPhone models.

For other news today, see: Apple wants to improve third-party accessory packaging, Google’s iOS app gets enhanced ‘Okay Google’ support, and What will it take for me to buy an Apple TV this fall? 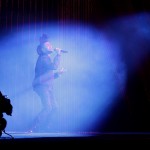 Here are the most-played artists on Beats 1 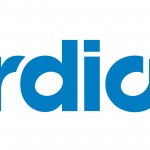 Late to the game, Rdio brings live radio to iOS
Nothing found :(
Try something else