You are using an outdated browser. Please upgrade your browser to improve your experience.
Music
by Brent Dirks
August 4, 2015

Pop superstar Taylor Swift, in a new interview with Vanity Fair, opens up more about the infamous “love letter” to Apple that caused the company to reverse course and pay artists during Apple Music’s three-month free trial period.

Swift only consulted her mother before releasing the letter on her Tumblr page back in June:

“I wrote the letter at around four A.M.,” Swift says. “The contracts had just gone out to my friends, and one of them sent me a screenshot of one of them. I read the term ‘zero percent compensation to rights holders.’ Sometimes I’ll wake up in the middle of the night and I’ll write a song and I can’t sleep until I finish it, and it was like that with the letter.”

She also expressed her surprise that Apple changed course so quickly. And she was even able to fit in a thinly veiled shot at Apple Music competitor Spotify, who she famously pulled her music catalog from after a dispute over the service’s free tier:

Says Swift, “Apple treated me like I was a voice of a creative community that they actually cared about,” she says. “And I found it really ironic that the multi-billion-dollar company reacted to criticism with humility, and the start-up with no cash flow reacted to criticism like a corporate machine.”

And it shouldn’t come as a surprise that you can find all of Swift’s catalog on Apple Music. The service launched in late June. Users can sign-up for a trial now. Once the trial is over, it will cost $9.99 per month or $14.99 monthly for a family plan with up to six users.

While I’m a little old to actually grasp Swift’s appeal, I think Apple was right to listen and compensate artists for streams during the trial period. It’s not like Apple is hurting for cash, and listening to Swift earned the service some much-needed goodwill and positive coverage.

For other news today, see: Buddypass helps you fill your social calendar, It’s your chance to be a rocketeer and Master Gravity, and Is Twitter about to become Google’s next social failure? 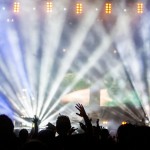 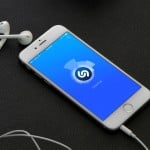 Shazam keeps you in the app with Rdio and Spotify updates
Nothing found :(
Try something else