You are using an outdated browser. Please upgrade your browser to improve your experience.
iDevices
by Brent Dirks
August 24, 2015

The next-generation iPhone will be sporting a significantly upgraded camera. That’s according to a new report from Business Insider.

Along with a 12-megapixel camera sensor, Apple is also making a nice improvement to the lens system on the handset.

Apple is currently ordering suppliers to produce five-element lenses for the iPhone 6S that are designed to work with 12-megapixel camera sensors, a person within Apple’s supply chain told Business Insider. These components are said to be in the mass-production stage and are on schedule, this source said.

This same person also said Apple is ordering six-element lenses for a future iPhone intended to be released after the iPhone 6S (presumably the iPhone 7).

For comparison, the current camera on the iPhone 6 and iPhone 6 Plus captures 8-megapixel images.

If correct, the “iPhone 6s” and “iPhone 6s Plus” should definitely allow users to capture higher quality images and videos.

Earlier this summer, a developer was able to spot some interesting code in iOS 9 that suggests the iPhone’s front camera might also see a big upgrade to support 1080p video capture, 240fps slow motion video, panoramic image capture, and even a flash.

What else to expect

While both handsets are expected to keep the same form factor as the previous generation of iPhones, Apple is expected to improve the internals by doubling the RAM to 2GB and adding a faster A9-series chip.

Another major improvement appears to be Force Touch technology. First making an appearance on the Apple Watch, it can detect the difference between a short tap and a longer push. That should really open up a number of new possibilities for Apple and third-party developers to improve the mobile software.

We expect the new “iPhone 6s” and “iPhone 6s Plus” to be introduced at a special media event early next month – on Wednesday, Sept. 9. A next-generation Apple TV and an upgraded “iPad mini 4″ are also expected to be unveiled at the same event.

As we’re hearing more about the next-generation iPhone, I think its looking to be a nice upgrade with some great new features. It should definitely be more than enough keep the sales train rolling. 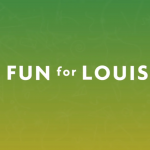 The AppAdvice tech week in review: Getting ready for Apple's 'iPad Pro'
Nothing found :(
Try something else