You are using an outdated browser. Please upgrade your browser to improve your experience.
Pocket Gaming
by Brent Dirks
September 3, 2015

In an interesting move, Apple has just launched a Twitter account for the App Store’s gaming section.

While @AppStoreGames has yet to be verified by Twitter, the verified main App Store account retweeted its first message, signaling its authenticity.

The account’s bio also hints that it will be curated by Apple:

Embrace the future of gaming. Straight from our Games Editors.

The move comes less than a week before the next-generation Apple TV is expected to be unveiled at a special media event in San Francisco on Wednesday, Sept. 9.

Along with Siri support, and a nice universal search functionality, the box will be geared toward casual gamers.

A report earlier this week said that the new device will allow users to download games directly from the App Store. And the games can be played with the revamped remote control. Thanks to Bluetooth technology, included motion sensors will allow gamers to do things like use the remote as a steering wheel for racing games.

Gamers will apparently also be able to use the more advanced, complex MFi controllers that have yet to hit the mainstream.

If correct, that would definitely give a shot in the arm to the already huge App Store gaming market and would give third-party developers a new Apple platform to work with. The box is expected to retail for $149 and be available in October.

For other recent news, see: Your 2015 Apple iPhone trade-in guide: Getting the most cash for your handset, Hulu finally unveils an ad-free subscription tier to compete with Netflix, and Apple’s long-awaited ‘iPad Pro’ could be announced at next week’s event. 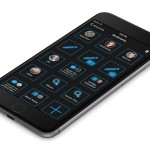 Get there in single a tap with Twitter Bookmarks
Nothing found :(
Try something else