You are using an outdated browser. Please upgrade your browser to improve your experience.
iCarriers
by Brent Dirks
September 8, 2015

Now that fourth-generation LTE wireless is ubiquitous in most places in the United States, Verizon is looking to the future in a big way.

According to a new story from CNET, the largest U.S. carrier is already testing fifth-generation technology. Verizon is planning field trials within a year, and expects some type of real-world deployment in 2017.

Life in the fast lane

And 5G is definitely taking the fast lane. Verizon’s tests show that the technology is 30 to 50 times faster than current generation 4G. That’s even faster than Google Fiber can offer with a direct wired connection to your home.

For a nice perspective, downloading “The Guardians of the Galaxy” takes around six minutes with a good LTE connection. That time is cut to 15 seconds with 5G technology. It’s also apparently more power efficient and responsive.

While the technology will probably be used in some form in just two years, don’t expect to use a 5G-capable iPhone or iPad for many years to come.

In the past, Apple has usually waited before a wireless technology is more mature before adding it to the iOS device lineup. While LTE from Verizon was available in 2010, Apple didn’t support the technology until it introduced the iPhone 5 in 2012. And the original iPhone, when it was released in 2007, didn’t support faster 3G technology available at the time.

But no matter, the future of mobile technology looks pretty bright. Can you imagine what we could do with such a fast Internet connection in our hands?

For other news today, see: The 2015 Apple Music Festival will feature Ellie Goulding, Your iMessages are safe from the DOJ thanks to encryption, and What will the iPhone 6c and Apple TV look like? 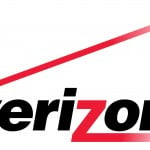 Verizon kills phone subsidies for new customers
Nothing found :(
Try something else