You are using an outdated browser. Please upgrade your browser to improve your experience.
Ads, Ads & More Ads
by Aldrin Calimlim
November 10, 2015

Apple has just debuted a new TV ad for the iPad Pro, ahead of the device’s launch later this week.

Titled “A Great Big Universe” and accompanied by the song “Sound & Color” by Alabama Shakes, the commercial opens with a series of images in keeping with the space theme Apple has established for the marketing of the iPad Pro. It then zooms out onto a view of the heavens as visualized on the acclaimed stargazing app Sky Guide running on an iPad Pro.

The ad proceeds to highlight the device’s split-screen multitasking capability as it shows Sky Guide running side by side with the popular sketching app Procreate. It then features the Apple Pencil as the stylus is used on the iPad Pro to annotate on the latter app.

Watch the ad below:

“There’s a great big universe in the new iPad Pro,” Apple says in the ad’s description on YouTube. “It’s the largest iPad ever and takes your creativity and productivity to an epic scale.”

Indeed, Apple’s use of space imagery in promoting the iPad Pro serves to showcase the device’s greatness and bigness — it boasts a 12.9-inch Retina display with 5.6 million pixels and a powerful 64-bit A9X chip — and the universe of capabilities it affords through advanced apps.

As announced by Apple earlier today, the iPad Pro will go on sale at Apple Stores, select carriers, and Apple Authorized Resellers in the U.S. and more than 40 additional countries beginning later this week. Online orders are scheduled to begin on Wednesday, Nov. 11. 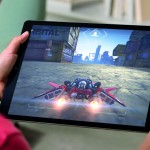 The wait for the iPad Pro is truly almost over 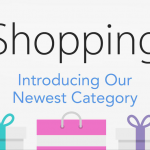