You are using an outdated browser. Please upgrade your browser to improve your experience.
Security
by Aldrin Calimlim
November 12, 2015

AgileBits’ 1Password may be the preferred password management app of many iOS device users (including most of us here on AppAdvice). But the latest update to Dashlane makes the case that those users would do well to make the switch.

All in all, Dashlane’s new features bring more ease to the otherwise tedious task of repeatedly accessing account information on your iOS device.

The better part of the latest update to Dashlane has to do with capabilities available only on the latest and greatest version of Apple’s mobile operating system, iOS 9.

First up, Dashlane is now integrated with the deep searching offered by Spotlight in iOS 9. As a result, you can now quickly search for the accounts and credentials you’ve stored in Dashlane right from your iOS 9-powered device’s home screen. 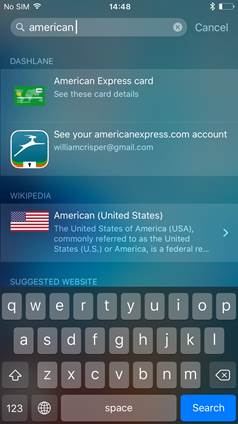 Dashlane now also works with multitasking on iOS 9-powered iPads that support the functionality, including iPad Pro, iPad Air, iPad Air 2, and iPad mini 2 or later. So, whether in Split View or Slide Over mode, you can access your data from Dashlane without leaving the app you’re using. 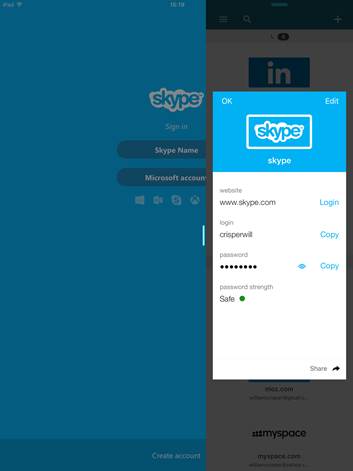 Dashlane with Slide Over

The new version of Dashlane also has something for the new iPhones. Specifically, the updated app features support for 3D Touch on iPhone 6s and iPhone 6s Plus.

You can press down on Dashlane’s app icon on the home screen to bring up quick shortcuts for saving new passwords and searching your stored data. You can also Peek and Pop to search and access your credentials within Dashlane. 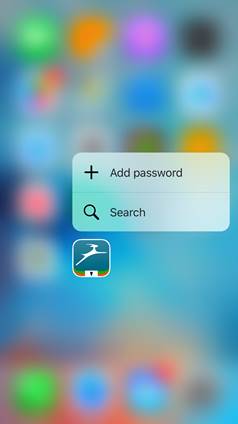 Compatible with iPhone, iPod touch, and iPad running iOS 8.0 or later, Dashlane is available on the App Store for free. The app offers in-app purchases starting at $39.99 for unlocking its Premium features including cross-device syncing and account backup.

Dashlane received its previous major update late last July, with which it gained an Apple Watch companion and the Password Changer feature, which lets you change your passwords on more than 75 different sites and services with just a quick tap. 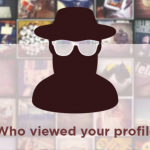