You are using an outdated browser. Please upgrade your browser to improve your experience.
iPhotographer
by Aldrin Calimlim
November 18, 2015

SKRWT is an out-of-the-ordinary photo-editing app in that it’s primarily concerned with correcting perspective distortion rather than applying filters, overlays and whatnot on images. And now, with the release of its biggest update ever since its launch in May last year, it provides further credence to its slogan: “the missing link in high-end smartphone photography.”

The latest and greatest version of SKRWT makes for a dramatically improved user experience thanks mainly to its significantly revamped interface. The app’s new design is intuitive, with new control gestures, and convenient, with support for one-handed use.

One of the more notable aspects of SKRWT’s redesign is the customizable gallery, which allows you to select which folders to include, sort photos by date or size in ascending or descending order, and choose to display photos in one, two, three, or four columns.

For the most part, this major update to SKRWT is aimed at making the app’s underlying workflow as frictionless as possible.

For starters, when selecting a photo to edit from the gallery, tapping an item opens a preview of the image instead of importing it immediately into the editing screen, as before. And while in preview mode, you can tap to bring up the app’s new built-in Exif reader, which displays file information including aperture, ISO, capture date, and more.

SKRWT now also lets you import and save images in TIFF or PNG format.

Furthermore, you now have the option to overwrite the original photos with your edited images rather than saving your edits as new files in addition to the originals, thereby helping reduce clutter in your gallery.

Outside of the app, you can now also quickly and easily send images from other apps to SKRWT by choosing the “Open In…” option in the share menu.

The new version of SKRWT also introduces a new tool that lets you flip photos as though with a mirror on the horizontal or vertical axis.

But if you want more advanced mirroring effects and configurations, you’re in luck. SKRWT now has an additional layer dedicated to mirroring in the form of the MRRW in-app extension. As the app’s official hashtag proclaims, #AllHailSymmetry.

Designed for iPhone and iPod touch running iOS 8.0 or later, the new version of SKRWT is available now on the App Store as a free update or as a new $0.99 download. Note that a one-time $0.99 in-app purchase is required to export edits from the MRRW in-app extension.

I’ve been a user of SKRWT since the very beginning. Sure, more popular photo-editing apps like Instagram and VSCO already have built-in features for correcting perspective distortion. But I still keep coming back to SKRWT for its extensive collection of tools for getting rid of distorted lines on photos. And I’m bound to continue doing so now that the app has been enhanced with a new design and more features. 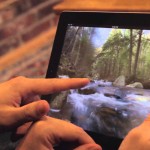 Have the power of Adobe Lightroom on your iPhone for free 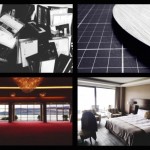