You are using an outdated browser. Please upgrade your browser to improve your experience.
App-dicted
by Aldrin Calimlim
November 19, 2015

OK Google, what have you been up to lately on iOS?

Well, as it turns out, the Internet giant has just pushed out significant updates to the official iOS app of its search engine and social network.

For starters, the app’s voice search has a new look and feel. When you tap the mic button or say “OK Google” to initiate voice search, the interface now includes a wavelength with Google’s signature colors that animates in accordance with your voice, replacing the static mic button of yore. Take a look:

The new version of the Google app also introduces a revamped interface for Google Now cards, which allows for easier scanning of information as it organizes cards into sections. “Timely info — like upcoming flights, appointments, and traffic updates — will show up first,” Google notes, “while less urgent cards—like suggestions for videos and articles — will be lower down your feed.” Check it out:

Last but not least, search results for NBA and soccer are now easier to navigate. Just search for your favorite team to see game information, team news, league standings, and score updates all in one place.

As for the official iOS app of the search giant’s not-so-popular social network, Google+, it has been updated to version 5.0 with improvements that are in line with the service’s recent refocusing on Communities and Collections built around various topics and interests.

Moreover, the latest update to Google+ for iOS, which brings the app to version 5.0, lets you easily swicth between your Google+ accounts and share posts with people outside Google+. 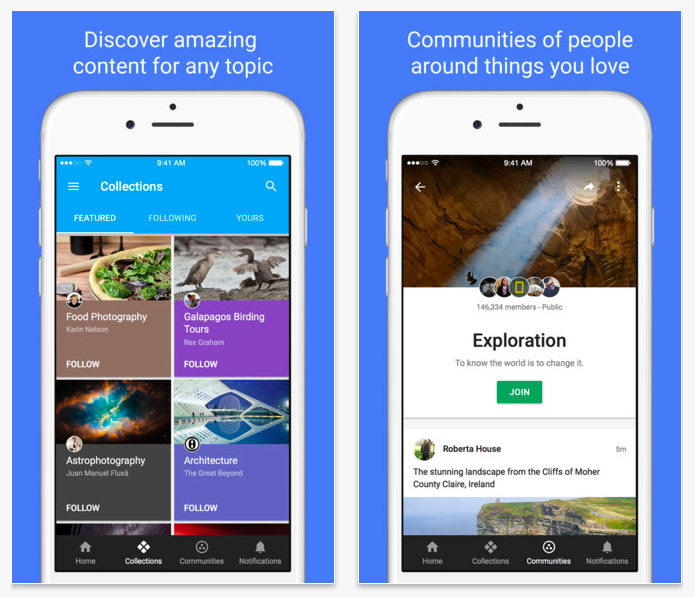 Compatible with iPhone, iPod touch, and iPad running iOS 7.0 or later, Google app 10.0 and Google+ 5.0 are available now on the App Store for free.

See also: Google Photos is about to help you save space on your iPhone, Google disables third-party keyboards in Chrome for iOS, and Google sends out a Chrome iOS beta using Apple’s TestFlight. 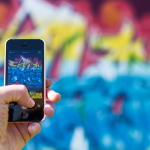 Google disables third-party keyboards in Chrome for iOS
Nothing found :(
Try something else