You are using an outdated browser. Please upgrade your browser to improve your experience.
iOS Reading
by Aldrin Calimlim
November 20, 2015

NewsBlur, one of the better feed reader apps for iOS, has just been updated to version 5.0. And as its “dot-oh” versioning suggests, the latest iteration of the app constitutes a huge release.

Its developer, Samuel Clay, touts it as such. “Holy geez, this is a whopper of a release,” he says in the update’s release notes. “Lots of new features, fixes for some long standing issues, and major performance improvements for reading stories.”

Premium Web fonts from the renowned type foundry Hoefler & Co. are also part of the release. Want to have a cleaner and more elegant reading experience? Choose Whitney, Gotham Narrow, or Chronicle from the font selection. 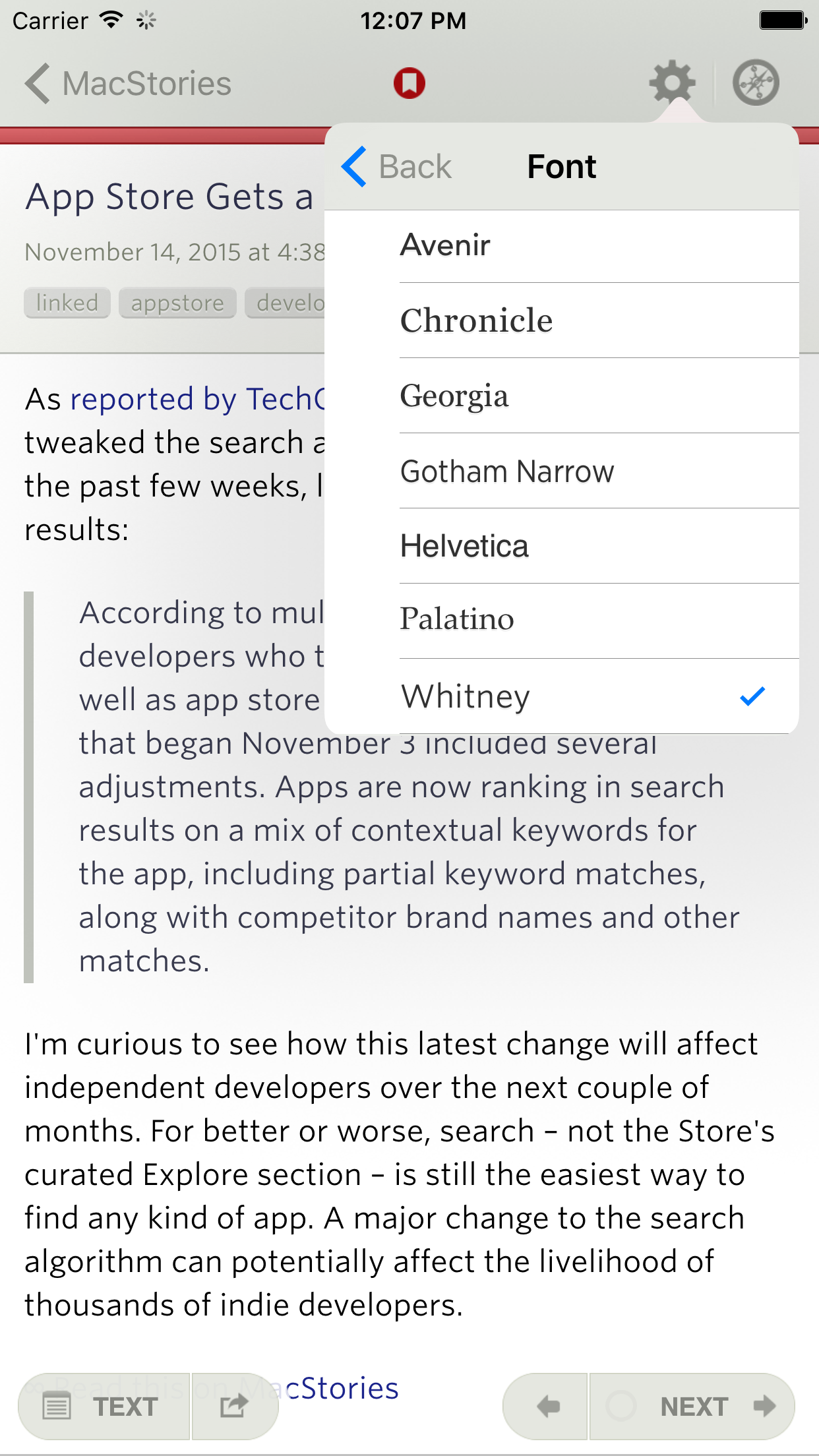 The new version of NewsBlur also includes improvements related to the app’s handling of stories.

For one thing, the last scroll position of stories is now remembered, so that you can pick up where you left off when you go back to a story. There’s also a new preference to automatically mark stories as read when you scroll past them.

Moreover, full text is now used if available when sending stories to third-party services, allowing you to save stories in their entirety to such services as Pocket and Evernote.

You can now also share a story without commenting on it first before your friend can reply to your shared story. In other words, comment-less shares are now supported in NewsBlur. 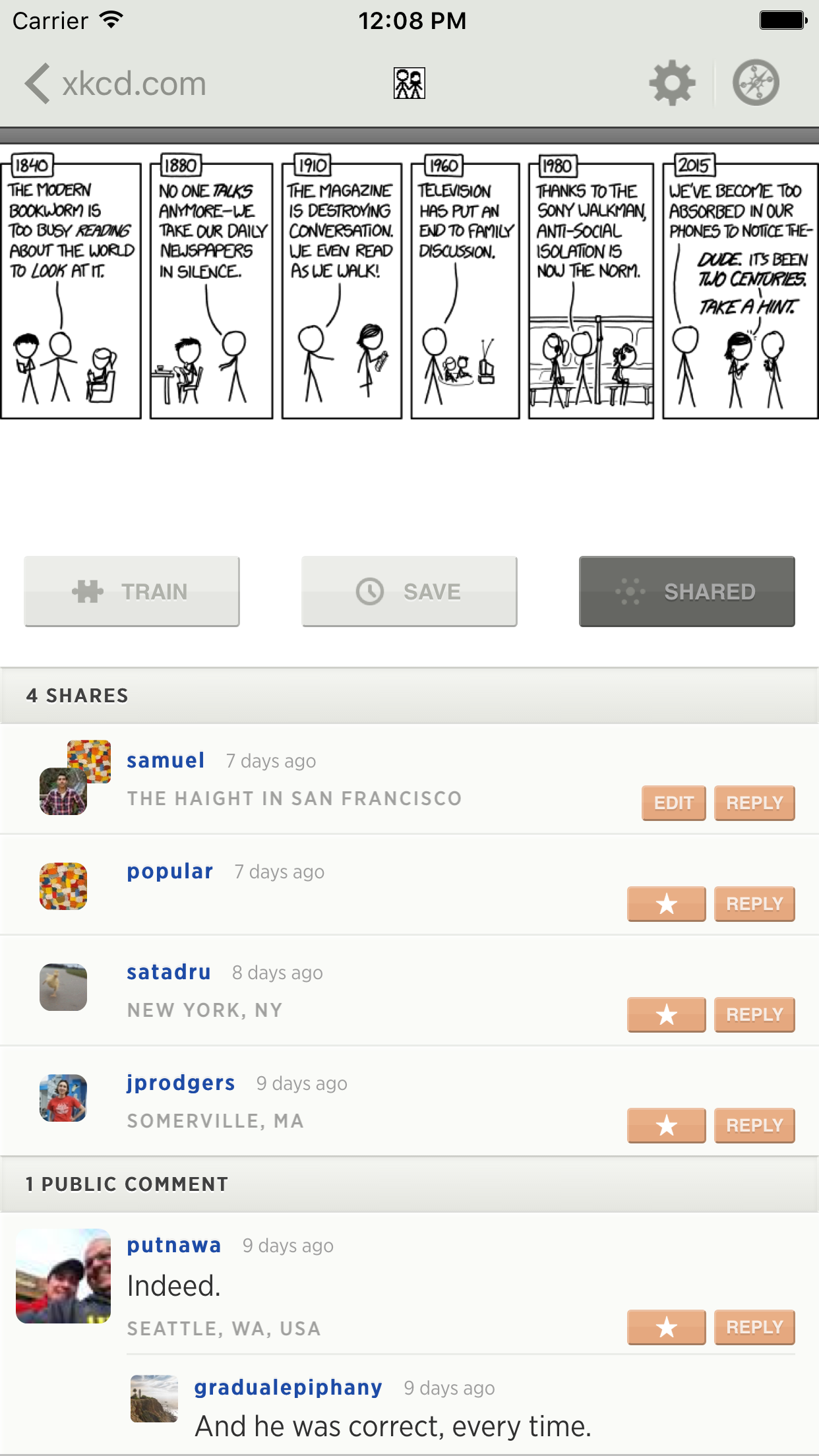 Still on the subject of stories, the display of dates and times of stories now respects the regional setting of your device, as opposed to using U.S. formats in any case.

NewsBlur 5.0 also improves the feed trainer (the feature that allows you to “train” the app to show only feeds that you like and hide those that you don’t) so that it now shows trained titles. Further, it delivers tweaks for the text view and adds the long-overdue support for VoiceOver.

Oh, and it also optimizes the app for iPad Pro.

Compatible with iPhone, iPod touch, and iPad running iOS 8.0 or later, NewsBlur 5.0 is available now on the App Store for free. 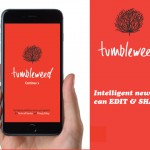 Tumbleweed focuses on sharing to make the news not boring 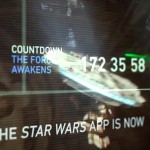 The Force awakens in new official Star Wars app from Disney
Nothing found :(
Try something else