You are using an outdated browser. Please upgrade your browser to improve your experience.
tvOS App Store
by Brent Dirks
November 5, 2015

The new Apple TV’s Siri Remote opens up a whole world of possibilities for app developers with its integrated touchpad, gyroscope, and accelerometer. And an interesting new party game – Echo from ArcTouch – really showcases how the remote can take a starring role in the experience.

The game definitely has a retro feel. If you were a fan of Bop It, than you should feel right at home with Echo. The premise should take just a few seconds to master. There are three different symbols, a circle, triangle, and a set of three vertical lines.

When you see each symbol, it’s time to do a specific action. A circle means to click on the remote’s touchpad, a triangle tells you it is time swipe across the touchpad’s surface, and the three vertical lines say to shake the remote.

There are two different games to try out those gestures. The first is a memory game. You’ll see a pattern of actions on the screen, and then players will need to repeat each precisely. As the game goes on, the actions will get longer and harder to remember. 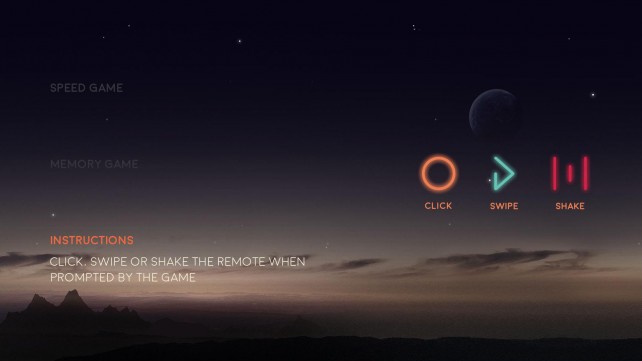 While the premise might be simple, the difficulty level can definitely ramp up.

In the speed game, you’ll need to react as quickly as possible to the corresponding symbol displayed on the screen. As the game goes on, the actions will rapidly speed up to add a dose of challenging fun to the equation.

While you’re not able to play with friends and family simultaneously, a number of gamers can take turns. There is even a leaderboard to show which player has tallied the best score in each game type.

The soundtrack is also great and features electronic dance music and effects that do a nice job matching the simplistic moonscape backgrounds.

Echo from ArcTouch can be downloaded for free now on the Apple TV App Store. 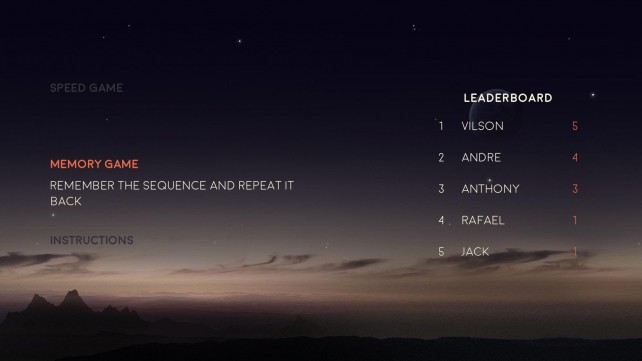 While there is no multiplayer option, there is a leaderboard to see how you compare to friends.

While I don’t know if it has a lot of replay value, I can definitely see it being a fun game to play with with a group – even though there isn’t any actual multiplayer capability.

And the Siri Remote integration is really fun. I’m interested to see if other developers can integrate similar features into future games. Even though only one Siri Remote can be used at a time, the iPhone has the same sensors and could easily step in as another controller.

For other recent Apple TV app news, see: Listen up, meatbag! Carrot Weather has made its way to the Apple TV, Disney Infinity 3.0 brings the Battle of Yavin to your Apple TV, and Beat Sports shows Apple TV gaming has a bright future ahead. 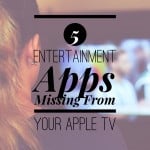 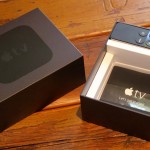 Don't hold your breath for an Apple TV Remote app update
Nothing found :(
Try something else