You are using an outdated browser. Please upgrade your browser to improve your experience.
Digital Communicator
by Brent Dirks
December 21, 2015

Facebook has begun to roll out support for Live Photos in its popular iOS app. The news was first reported by TechCrunch.

Live Photos, which capture a second and a half of video before and after the image, can currently only be taken with an iPhone 6s or iPhone 6s Plus. But they can be viewed through the Facebook app with any iPhone or iPad running iOS 9 or later.

Just to note, Facebook is slowly rolling out Live Photo support, and it won’t be completely finished until sometime early next year.

When uploading a Live Photo through the Facebook app, you’ll notice a “Live” box in the bottom right corner. You’ll need to tap that to upload the Live Photo version. If you don’t, it will only upload the still image. I’m glad to see users will have to opt-in to allow the Live Photo to be sent to Facebook.

The Facebook app is designed for the iPhone/iPod touch and all iPad models. It can be downloaded now on the App Store for free.

For other app news today, see: Slaughter evil monsters in Chain Quest, a puzzling RPG, Workflow launches support for Bursts, Live Photos and more, and Keep your to-do list organized and on track with Tasker. 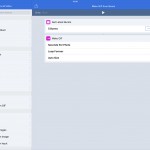 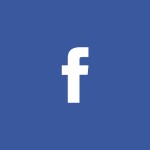