You are using an outdated browser. Please upgrade your browser to improve your experience.
iCarriers
by Joe White
December 30, 2015

It looks like AT&T is set to make some big changes in 2016. According to leaked internal documents, the U.S. carrier hopes to simplify its pricing through ending device subsidies and two-year contracts. The change is set to come into effect from Jan. 8, 2016, meaning we’ll hear more in-store in the near future.

The news comes from Engadget, and indeed cites an internal AT&T training document which outlines the changes in full. In the document, the carrier explains that from Jan. 8, customers looking to purchase a device will only be able to do so either by paying the full price, or through instalments. Instalments will be paid using the already-established AT&T Next for smartphones such as Apple’s iPhone, though for basic devices, new plans will be devised and made available.

Just to be perfectly clear, this move applies to all of AT&T’s phones. Once the new year rolls around, even flip phones and non-smartphones with keyboards (what AT&T likes to call “Quick Messaging Devices”) must be bought outright or with an installment plan.

Though, as of this writing, at least, we’re unsure where tablets like the iPad stand, as well as the wearables AT&T sells. The publication also notes that multi-year plans will likely be kept “for large corporate accounts,” although this, too, has yet to be confirmed. For the general customer, however, it will not be possible to renew two-year contracts once they’ve expired.

The move indeed sees AT&T follow rival carrier T-Mobile, which introduced its own “uncarrier” plans back in 2013. These have continued to grow, too, in more recent years, with the carrier even adding Apple Music into the mix back in July 2015.

Apple, on the other hand, made it easier for customers to upgrade their iPhone each and every year through launching its own iPhone Upgrade Program in the United States. For more information on that, take a look at our in-depth examination of the program.

As mentioned, AT&T’s changes are expected to come into place on Jan. 8. We’ll keep you updated with further information as we receive it. 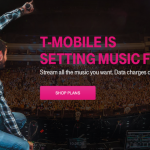 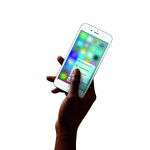