You are using an outdated browser. Please upgrade your browser to improve your experience.
iStores
by Brent Dirks
January 7, 2016

During 2015, Apple pulled in approximately $6.4 billion in revenue from App Store purchases. That’s according to a new estimate from J.P. Morgan analyst Rod Hall in a memo reported on by AppleInsider.

“Appsumers continue to be highly engaged in the App Store ecosystem which is a long term positive for the company’s future products, in our opinion,” commented J.P. Morgan’s Rod Hall in a memo obtained by AppleInsider.

That revenue figure was determined after Apple announced yesterday that in the two weeks ending January 3, customers spent $1.1 billion on apps and in-app purchases. During the timeframe, the weekly record for traffic and purchases was also set.

Apple says around 1.4 million jobs in the United States can be attributed to app creators, software engineers, and entrepreneurs building iOS apps along with non-IT jobs supported directly and indirectly through apps.

As you probably remember, Apple takes only a 30 percent cut of revenue from apps and in-app purchases. App developers receive the remaining 70 percent. Using J.P. Morgan’s numbers, that means developers earned in the neighborhood of $15 billion during 2015, which is an amazing amount.

And I’m sure those figures will be surpassed in 2016 as the Apple Watch and Apple TV platforms continue to mature and grow along with the iPhone and iPad.

For other news today, see: T-Mobile CEO responds to ‘Binge On’ scandals, adds a bunch of new partners, Apple’s ‘iPhone 7′ could offer dual rear cameras for optical zoom, and NBCU’s SeeSo will tickle your funny bone. 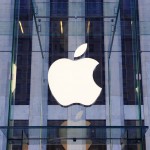 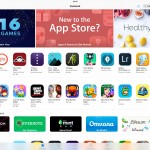