You are using an outdated browser. Please upgrade your browser to improve your experience.
Apple Announces
by Brent Dirks
January 28, 2016

Apple has recently acquired education technology startup LearnSprout according to a new report from Bloomberg.

“Apple buys smaller technology companies from time to time, and we generally do not discuss our purpose or plans,” said Colin Johnson, a spokesman for Apple.

The company’s software is used by school district’s to help better understand student progress and performance. LearnSprout said the software is in use by more than 2,500 schools in 200 districts in 42 states.

A continued push into the education market?

Educators will be able to take advantage of a number of new features in iOS 9.3

It’s unknown what Apple is planning to do with the company’s technology, but it could signal a bigger push into the education market. Overall iPad sales have continued to slump while Google’s Chromebook platform has picked up steam in the education sector as a less expensive alternative.

Currently in beta testing, iOS 9.3 offers a number of new improvements for the education sector.

At least for schools, the Shared iPad mode will allow multi-user support. Educators can also take advantage of the new Classroom app so they can launch everyone’s apps at the same time and then guide what the students are looking at on their iPads. Using AirPlay, teachers can also project a student’s work from a tablet onto the classroom television equipped with an Apple TV.

That software could officially arrive to the public sometime in March with the possible unveiling of the next-generation iPad Air and “iPhone 5se.”

For other news today, see: No matter what critics say, T-Mobile’s ‘Binge On’ is a success, Big changes are coming to Apple’s iPad this spring, and Apple enables lower price tiers for the App Store in Canada and New Zealand. 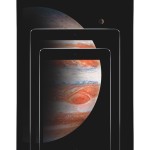 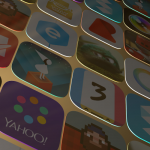 Apple enables lower price tiers for the App Store in Canada and New Zealand
Nothing found :(
Try something else