You are using an outdated browser. Please upgrade your browser to improve your experience.
Apple's Software
by Brent Dirks
January 11, 2016

Apple has just unveiled a preview page on its site detailing some of the additions coming in iOS 9.3. The first beta version of the software was released to registered developers earlier today.

The biggest changes are arriving for the education market. At least for schools, the Shared iPad mode will allow multi-user support. And that’s a great sign that the general public may see a similar feature in iOS 10, which could be unveiled this summer.

Educators can also take advantage of the new Classroom app so they can launch everyone’s apps at the same time and then guide what the students are looking at on their iPads. Using AirPlay, teachers can also project a student’s work from a tablet onto the classroom television equipped with an Apple TV.

Night Shift mode will make it a little easier on your eyes.

In the stock Notes app, users will be able to secure information with a password or Touch ID fingerprint. Notes can also be sorted by date created, date modified, or alphabetically.

Apple’s News app will also receive a number of tweaks. Any video in a story can be played directly from your feed. You’ll also be able to view the app in landscape on an iPhone.

The Health app will show information from your Apple Watch.

The Health app will display move, exercise, and stand data and other fitness information from an Apple Watch. Users will also be able to view their health metrics in a single place and easily share data with other third-party fitness apps.

Finally, CarPlay will show New and For You selections from Apple Music. A Nearby feature in Maps will display gas stations, parking, restaurants, and other locations near where you’re located.

It’s unknown when iOS 9.3 will officially arrive to the public. But we’ll keep you informed if we hear any more information.

For other news today, see: Apple might be developing a ‘Move to Android’ app, Apple doesn’t know for sure how many readers are using its News app, and Will your next iPhone repair itself while you sleep? 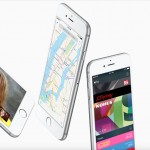 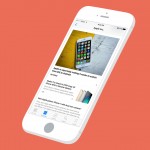 Apple doesn't know for sure how many readers are using its News app
Nothing found :(
Try something else