You are using an outdated browser. Please upgrade your browser to improve your experience.
Apple Water Cooler
by Aldrin Calimlim
January 22, 2016

Google’s status as the default search engine on iOS comes at a price paid to Apple. And in 2014, the price was arrived at to the tune of $1 billion.

That figure, which is in line with an analyst’s annual estimate from several years ago, was discovered in a recent court transcript obtained by Bloomberg. The transcript was of the federal court hearing held in Jan. 14 for the copyright lawsuit filed against Google by Oracle over the former’s alleged use of the latter’s Java software in developing Android without paying for it.

According to the transcript, an attorney for Oracle said that Google has an agreement with Apple whereby Apple gets a cut of the revenue that Google generates through iOS devices. Bloomberg reports:

Annette Hurst, the Oracle attorney who disclosed details of the Google-Apple agreement at last week’s court hearing, said a Google witness questioned during pretrial information said that “at one point in time the revenue share was 34 percent.” It wasn’t clear from the transcript whether that percentage is the amount of revenue kept by Google or paid to Apple.

Either way, both Google and Apple requested the court to block the “extremely confidential” terms of their agreement, with Google in particular arguing that the divulgence of the sensitive information would be detrimental to its negotiations on similar agreements with other companies.

As for Apple, the disclosure puts it in a rather awkward position vis-à-vis its comdemnation of Google’s privacy practices, which have been less than favorable from the users’ standpoint.

In late 2014, Google was reportedly on the verge of being replaced by Yahoo or Microsoft’s Bing as the default search provider on iOS, particularly on Apple’s Safari mobile Web browser. But the search giant was nonetheless able to renew its deal with Apple.

If you’d rather not have Google as the search engine on your iOS device, you can switch to Yahoo, Bing, or the privacy-focused DuckDuckGo by opening the Settings app, tapping Safari, tapping Search Engine, and selecting your preferred search engine. 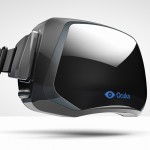 Apple's new hire suggests it's getting serious about virtual reality 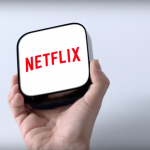 Another Apple TV ad touts apps as 'the future of television'
Nothing found :(
Try something else