You are using an outdated browser. Please upgrade your browser to improve your experience.
Pocket Gaming
by Aldrin Calimlim
January 13, 2016

Subtitled It’s About Time, Plants vs. Zombies 2 is distinguished from the original Plants vs. Zombies lane defense strategy game mainly by its underlying use of elements of time travel. And perhaps now more than ever is that evident with the arrival of the game’s “back to the future” update.

Previously on Plants vs. Zombies 2, the primary antagonist Dr. Zomboss promised to put Project Paradox into effect. And sure enough, the mysterious plan has been carried out in the game’s new world.

As it turns out, Project Paradox is so named because it takes the game back to the present day in Plants vs. Zombies 2’s 11th, latest, and probably final world, Modern Day, in hopes of altering the timeline of events, which hasn’t been so kind to him.

Go back to where it all began

Part 1 of Modern Day introduces 16 new levels that notably see the return of zombies from the game’s various time periods, including fan favorites like Newspaper Zombie, whose paper attack increases once his paper is destroyed, and Balloon Zombie, whose balloon you can pop to save plants from being eaten.

The fan favorite mini-game Beghouled is also making a comeback. It’s a hybrid of Plants vs. Zombies and Bejeweled, both of which are developed by Electronic Arts’ PopCap. In the mini-game, as alliteratively put by PopCap, “Perfectly paired plants provide players power to pound zombies zealously!”

Lest you think otherwise, Modern Day also introduces something new. Most notably, it sees the arrival of four new plants:

There are also new travel log quests that reward coins and gems upon their completion.

Plants vs. Zombies 2: It’s About Time is available on the App Store as a free-to-play game for iPhone, iPod touch, and iPad. 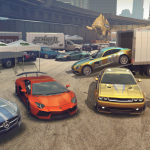