You are using an outdated browser. Please upgrade your browser to improve your experience.
Pocket Gaming
by Brent Dirks
January 22, 2016

Former Defense Secretary Donald Rumsfeld has helped bring an interesting new game to the App Store. Churchill Solitaire features the type of game that was played by Winston Churchill, the Prime Minster who led the United Kingdom through World War II.

A devil of a fun game 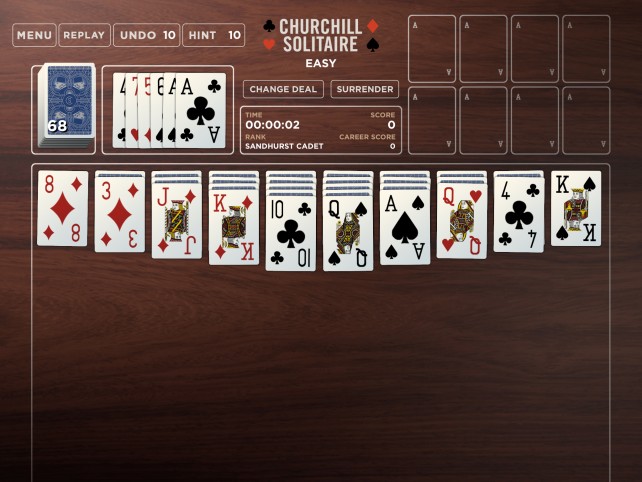 The game is played with two full decks and also features “The Devil’s Six” on top of the board.

And the game is a big step up from the usual solitaire you’re used to playing. First, the game uses two full decks of cards. Players are also required to liberate six additional cards, named “The Devil’s Six,” placed at the top of the board.

Here’s the complete trailer. Click here if you can’t see it.

While playing, you can learn more about Churchill and rise up the ranks all the way to Prime Minister.

Rumsfeld was first introduced to the game by Andre de Staercke who knew Churchill.

“When I learned the game from my colleague at NATO, Andre de Staercke, I found it to be one of the most entertaining and strategic card games I’d ever played,” Rumsfeld said. “I suppose there are not many people at my advanced age involved in mobile apps. But I’ve found Churchill Solitaire keeps a mind sharp. And besides I’ve enjoyed beating the young folks who have tried to keep up with my score.”

He worked with Javelin and Churchill’s family to help create the app.

Churchill Solitaire is designed for the iPhone/iPod touch and all iPad models. It can be downloaded now for free on the App Store.

A portion of the game’s proceeds will go to charitable causes that support wounded military veterans and their families and that advance the legacy and heritage of Churchill.

For other app news today, see: Make lists, plan events and organize your life with Airtable, Get into Mad Max-style racing in caRRage – Wheels of War, and Bizarre App of the Week: Blobfish Evolution. 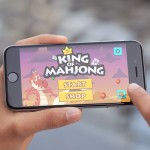 Make your matches and become the King of Mahjong Solitaire

My favorite Apple Watch apps for June 26, 2015
Nothing found :(
Try something else