You are using an outdated browser. Please upgrade your browser to improve your experience.
Apple's Competitors
by Brent Dirks
January 15, 2016

Microsoft has recently unveiled a new program in hopes of convincing wearable device users – including Apple Watch owners – to trade in for the company’s Band 2.

While Microsoft is offering credit for a number of devices from companies like Fitbit, Pebble, and others, the Apple Watch is fetching a premium. 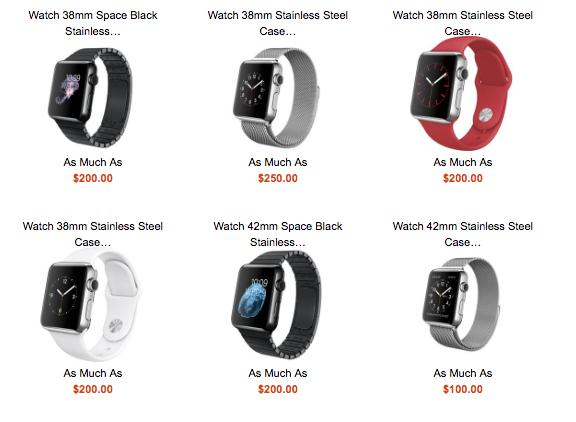 Microsoft’s trade-in values are a bit out of the ordinary.

Oddly, Microsoft’s trade-in values don’t exactly correspond to the retail price of the Apple Watch. You can receive up to a $250 credit for the 38mm Apple Watch with a Milanese Loop that usually costs $649. But the 42mm Space Black Apple Watch, which costs $1,099, will only fetch up to $200. So definitely beware.

You can find out more about the program here. Anyone who wants to take Microsoft up on their offer will have until Feb. 7 to do so. Any device you trade in must be in operating condition with a working battery. A redemption code to redeem toward purchasing the Microsoft Band 2 will be sent after your device is received and appraised.

The second-generation band was originally introduced back in November and retails for $249, $100 less than the 38mm Sport model. It can be used with the iPhone thanks to the companion Microsoft Health app. Microsoft also has a desktop client for the Mac.

Shaped more like a bracelet, the band features a number of different sensors and can display text, email, and calendar alerts. Like Apple’s wearable, it can also track your heart rate and workouts.

For other news today, see: People behind f.lux praise Apple, ask to bring their app to iOS, Concerned about online bullying, Stolen decides to shut down, and Netflix won’t keep letting proxy users access its catalog.

Skype set to roll out free group video calling on iOS and other mobile platforms
Nothing found :(
Try something else