You are using an outdated browser. Please upgrade your browser to improve your experience.
App-dicted
by Aldrin Calimlim
January 26, 2016

As reported last week, Microsoft had begun working on porting its popular Word Flow keyboard from Windows Phone to iOS. Now, a noteworthy feature of the upcoming iOS keyboard has emerged in the form of a special one-handed mode.

To be sure, a one-handed mode is nothing new as far as smartphone keyboards are concerned. The third-party keyboard apps Fleksy and Minuum, for example, each offers a layout in which a compact keyboard is shifted to either side to facilitate typing with just one hand, or just one thumb for that matter. Word Flow on Windows Phone itself has a similar one-handed interface.

But as shared by The Verge, Word Flow for iOS features a one-handed mode that, as shown in the photo above, lays out a fan of keys on either side to be easily tapped or swiped with either thumb.

At this point, the fanlike one-handed mode appears to be the only feature of Word Flow for iOS that’s not present (at least not yet) on Word Flow for Windows Phone.

Released in July last year as part of Windows Phone 8.1, Word Flow allows users to type words simply by gliding their fingers over the letters on the keyboard, as with Swype. It’s this feature that has won it considerable praise and earned it a spot in the Guinness World Records for fastest texting (although it would later be bumped off by Fleksy). And for users who prefer standard typing, Word Flow also lets them type normally, but still with word suggestions and automatic corrections of misspellings.

Microsoft is currently beta-testing Word Flow for iOS through its Windows Insider Program, ahead of the software’s planned release sometime in the coming months.

I for one am looking forward to using Word Flow for iOS. In particular, I’m keen to find out if its fanlike one-handed mode will prove more effective and thumb-friendly on my iPhone 6s Plus than the typical shifted-to-the-side compact keyboard one-handed layout. 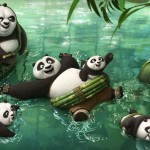 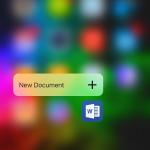 Microsoft Office now has 3D Touch and annotations with ink
Nothing found :(
Try something else